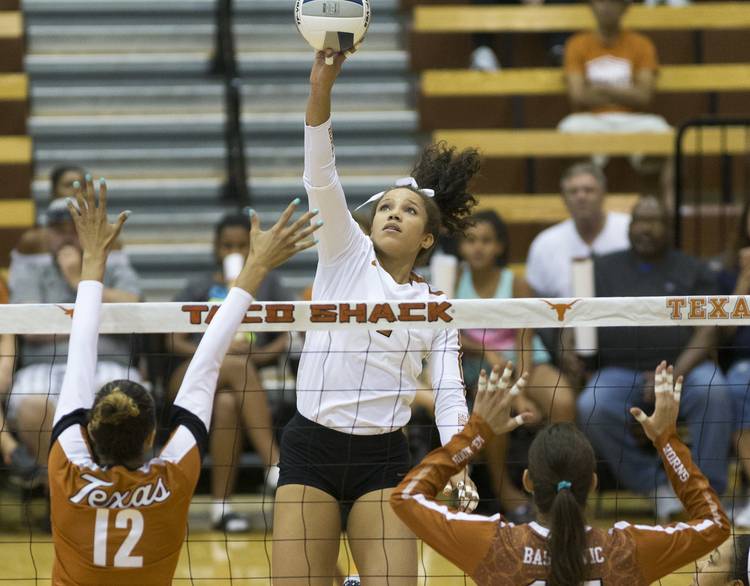 The match was the final contest before Big 12 play starts on Saturday. The attendance of 2,711 was a program record for UTSA.

“It’s going to be a tough season,” head coach Jerritt Elliott said in a UT press release. “Everyone comes out for Texas and there’s no nights that we get off. So we’ve got to buckle down and be ok with being good for long periods of time.”

Micaya White led the Longhorns (8-2) with 17 kills while freshman Lexi Sun added 13 on her 19th birthday. White had a hitting percentage of .375 while Sun hit .324. Sun had five consecutive kills at one point in the second set.

Yaasmeen Berdart-Ghani had 11 kills and led Texas in hitting percentage at .556.

Ashley Shook set up 37 points for the Longhorns and added three blocks.

Three Longhorns led the team in blocks. Morgan Johnson, Chiaka Ogbogu and Bedart-Ghani each had six in the contest.

Three other Longhorns lifted the defensive effort, having double-digit digs. Cat McCoy led the team with 14 while Shook added 13. Sun had 11.

The Roadrunners (2-10) would have had to post a major upset in order to win, though they stayed close.

The Longhorns led the first set by as many as eight points and White recorded five kills in the frame.

UTSA pushed Texas in the second set, even getting to set point before a block by Johnson helped Texas take the win.

The Roadrunners took a five-point lead in the final set, but Texas rallied to take the match.

Next up for the Longhorns volleyball team is the Big 12 opener against West Virginia on the road Saturday at noon.

Bohls: What does one Pac-12 AD think about Texas potentially in his conference?