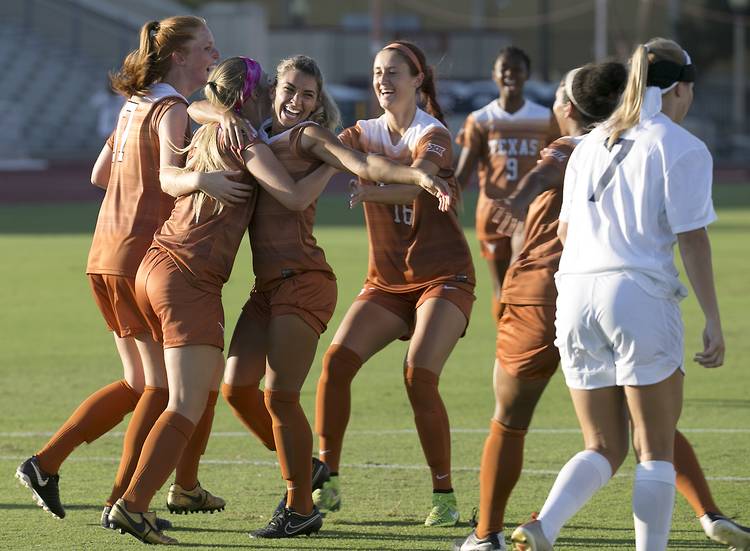 The Texas soccer team remained undefeated and untied after defeating Iowa St. 1-0 in the Big 12 opener at Myers Stadium on Friday night.

The Longhorns are the last undefeated and untied team in the NCAA’s Division I.

Celebrating another win with some of our Texas soccer fans…#RAMPED pic.twitter.com/pCUMTmpD4g

Texas freshman Haley Berg scored her third goal of the season in the 50th minute to provide all the offense UT needed. Berg converted on a shot to the upper left corner of the net from 14 yards out.

Texas pressured the Cyclones with 18 shots, nine of which were on goal. Iowa St. took 11 shots with only three of them on frame.

Brooke Tasker of Iowa St. led all players with four shots, but only one was on goal. Texas caught a break when a shot by Emily Steil hit the crossbar in the 60th minute.

Texas goalkeeper Nicole Curry had to make three saves to preserve the clean sheet for the Longhorns. Two of those saves came in the final minute as Iowa St. tried to tie the game.

Katie Glenn led Texas in shots with three. Two of her shots were on goal.

Antonia Reyes did her best to keep the Cyclones in the game, saving eight shots on the night.

The Texas soccer team will try to improve to 10-0 Sunday when they host No. 5 West Virginia at Myers Stadium at 1 p.m. The Longhorn Network will televise the action.