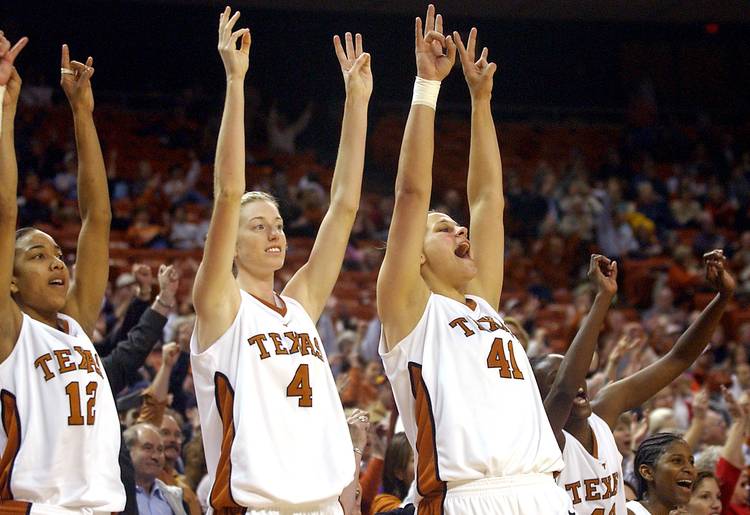 Stacy Stephens had no ambition to become a coach after four stellar seasons with the University of Texas basketball team.

Hall of Fame coach Jody Conradt helped her become one of UT’s all-time greats. Karen Aston were her position coach when she played for the Longhorns from 2000 to 2004.

Stephens, 35, didn’t quite reach that goal, but her reputation as driven, fearless force in the Longhorns frontcourt continues to radiate. On Friday, Stephens was among five former Texas athletes inducted into the Women’s Hall of Honor, joining Merlene Frazer (track and field), Cristina Moros (tennis), Cynthea Rhodes-Patterson (track and field) and Dorsey Tierney (swimming).

A two-time state champion at Winnsboro High School, Stephens quickly earned respect with the Longhorns, starting all 134 games of her collegiate career.

“I thought she had the talent when she got here,” Conradt said. “She actually dunked the ball during warmups of one of the state championship games. … There was no doubt in my mind that she would be great.”

Conradt, though, did not believe Stephen’s had any desire to coach. Stephen’s continued to pursue her goal after college, playing briefly in the WNBA before playing overseas in Sweden, Turkey and Portugal.

Stephens said she got “the itch” to coach while helping out at Texas basketball camps. She enjoyed watching kids prosper after teaching them moves she learned from Conradt and Aston.

“My favorite part about coaching is the ‘aha’ moment when you see kids finally understanding what you’ve been trying to get them to do,” she said. “When it clicks in their heads and they’re like, ‘wow, that’s what coach has been talking about.’ After they get one, they get more.”

Stephens had several personal milestones at Texas, becoming just the third Longhorn to finish her career with more than 1,000 points and 1,000 rebounds. She averaged 12.7 points and 9.1 rebounds and helped spearhead a team that reached the NCAA Final Four.

Among her former teammates to attend Friday’s ceremony at the Erwin Center were Heather Schreiber and Jamie Carey. Schreiber is head coach at her alma mater, Windthorst High, while Carey is a member of Aston’s staff at Texas.

“Stacy probably always had (coaching) in her, even though that might not have been the path she wanted at the very start,” Schreiber said. “You could see that she liked running camps and being around the younger kids. … She would see the excitement in their faces when she learned something.”

Stephens was 25 when she accepted her first coaching job as an assistant at Fort Worth Christian High in 2007. She has been an assistant for several college teams, including Cisco College, Texas College and Sam Houston State. In July she accepted a position with Our Lady of the Lake University in San Antonio.

“She’s in a great position because she’s coaching young women who play for the love of the sport,” Conradt said. “She’s not coaching women who are looking for full scholarships or getting to travel to exotic places. … In talking to her I think she has found her niche for the current time.”