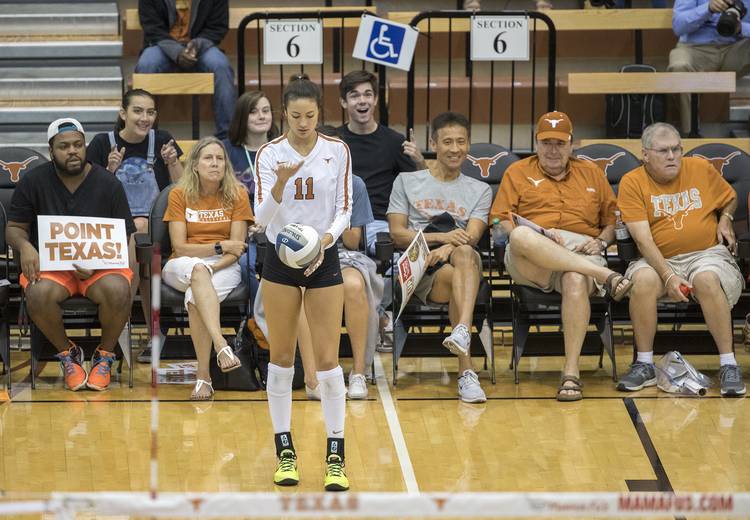 On Monday, the Texas volleyball team was rewarded for knocking off two nationally-ranked foes.

The Big 12 has honored Texas senior Chiaka Ogbogu and UT freshman Lexi Sun as its defensive player and newcomer of the week. In last week’s wins over No. 9 Kansas and No. 23 Iowa State, Ogbogu contributed 16 blocks. Sun hit .324 with 30 kills.

Ogbogu, who ranks third nationally with her 1.68 blocks per set, was named the Big 12’s top defender for a second straight week. Sun was also named the conference’s top newcomer on Sept. 4 and Sept. 11.

On Monday, Texas (14-2) also moved up two slots to the No. 3 ranking in the AVCA’s national poll. While receiving a first-place vote, the Longhorns edged a fourth-seeded Florida team that lost for the first time on Sunday. (Florida opened the season with a four-set win over UT).