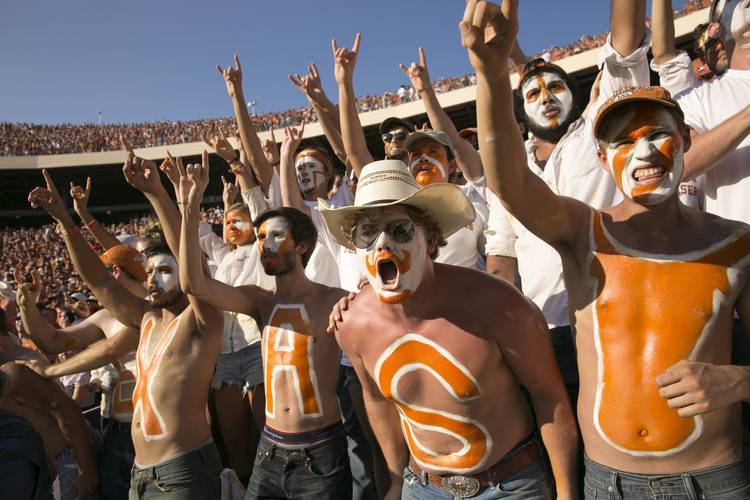 Texas fans cheer during the AT&T Red River Showdown against Oklahoma at the Cotton Bowl in Dallas on Saturday October 14, 2017. JAY JANNER / AMERICAN-STATESMAN

The NBA gets into full gear this week, with plenty of opportunity for Longhorns fans to catch former Texas basketball players on the court. Tristan Thompson and Kevin Durant are both in action on Friday night. Thompson and his Cavaliers take on Milwaukee while Durant and the Warriors take on New Orleans. Both games are on ESPN. The Longhorns football team tries to bounce back and get above .500 as they face Oklahoma State Saturday at 11 a.m. on ABC. Texas fans can also catch football players that have graduated to the highest level of the sport on Sunday. Geoff Swaim and the Cowboys travel to San Francisco to take on Marquise Goodwin and the 49ers at 3 p.m. on Fox.

Bucking the line: Competitive Longhorns have made some people a lot of money