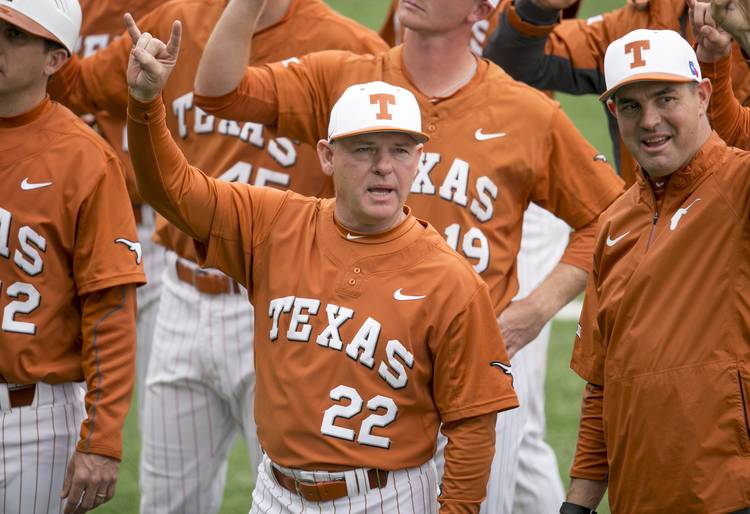 UT’s baseball team will open its Orange-White Fall World Series on Sunday. Texas fans, though, found out on Friday who the Longhorns will play when the actual season begins.

After its annual alumni game on Feb. 3, Texas begins its season with a three-game set at UFCU Disch-Falk Field against Louisiana’s Ragin’ Cajuns from Feb. 16-18. Thirteen of UT’s first sixteen dates are home games, four of which are marquee match-ups with Stanford from March 8-11.

Texas opens Big 12 play on March 16 against Kansas. The Longhorns will host Kansas, Oklahoma State, Baylor and TCU in 2018. UT will be on the road for their conference series against Kansas State, Oklahoma, West Virginia and Texas Tech.

How many days until spring? 🤘🏻 pic.twitter.com/ueAZ7g2SF9

UT is coming off a season in which it went 39-24 and reached the final game of a Long Beach State-hosted regional. For his second year in Austin, head coach David Pierce retains the services of players like pitcher Nolan Kingham, shortstop David Hamilton and catcher Michael McCann. The Longhorns, however, lost eight potential returners — as well as three members of its 2017 recruiting class — to the MLB Draft.

With West Virginia in town, Cat McCoy stares down a Texas record