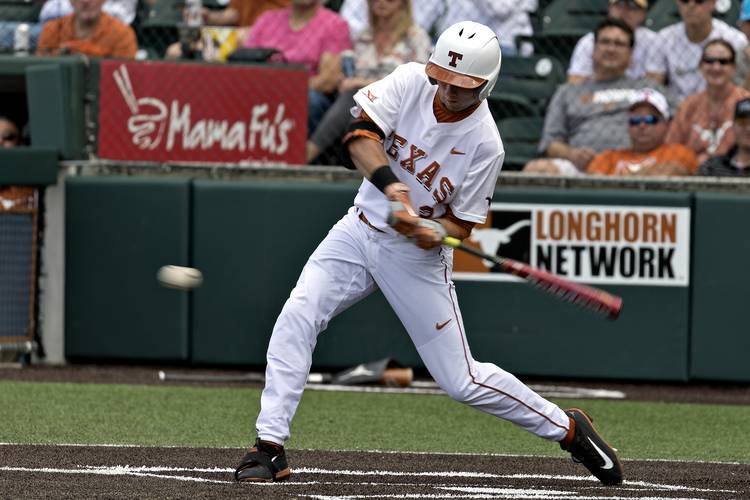 The Orange team had 13 hits in a 9-5 win over the White team in the series finale of the Longhorns Fall World Series at UFCU Disch-Falk Field Wednesday.

Ryan Reynolds earned MVP honors as he had six RBIs and four extra-base hits in the three-game series. Reynolds had a double, a home run and three RBIs in the decisive win.

Orange team freshman pitcher Nico O’Donnell put up a dominating performance, allowing one run on three hits through six innings. He struck out six and walked just one.

Bryce Elder, another freshman pitcher, got the start for the White team. He allowed three runs on seven hits in 4 2/3 innings.

Kody Clemens might have won MVP honors if the White team pulled out a victory. He went 3-for-4 with two doubles and a long home run over the center field wall. Clemens drove in two runs and scored two.

Andy McGuire was 2-for-2 with a double for the Orange team. McGuire also pitched an inning in which he allowed no runs, no hits and struck out two. Teammate Bennett Inoff also doubled as he went 2-for-5 with two RBIs and a run scored.

The Orange team had a 3-1 lead heading into the seventh when Reynolds’ homer made it 6-1.