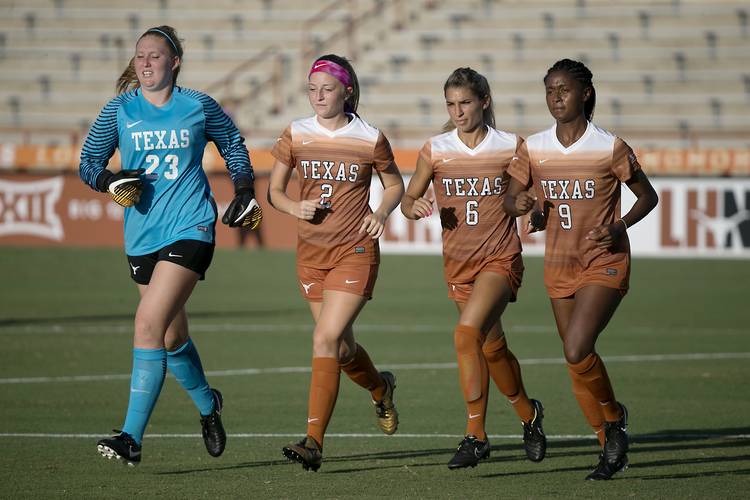 The Texas soccer team came up short against Baylor in the quarterfinals of the Big 12 soccer championship in Kansas City, Mo. on Wednesday, falling 2-1 in overtime.

Texas (13-3-2) lost a 1-0 lead in the 88th minute before Julie James took a pass from Aline De Lima to score the golden goal in the 99th minute to claim the win.

This was the ninth overtime match for the Longhorns this season, a school record.

Katie Glenn gave the Longhorns a lead in the 72nd minute off an assist from Haley Berg. It was Glenn’s fifth goal of the year.

The teams put up nearly identical stats for most of the game. Both had 17 shots, but Baylor put nine on goal while Texas had six. Texas had four corner kicks to Baylor’s three.

The Longhorns were on their way to advancing late in the game, but an equalizing goal by Lauren Piercy in the 88th minute put an end to that. Baylor defender Sarah King assisted on the play.

Nicole Curry made seven saves in goal for Texas while Jennifer Wandt made five saves for Baylor. Cyera Hintzen had four shots for Texas, but just one was on frame. Kayra Dollas and Mikayla Flores also had one shot on goal.

James led the Bears with two shots on goal.

The Texas soccer team now awaits the NCAA Selection Show on Nov. 6 to see who they’ll play in the first round of the NCAA Women’s College Cup, which kicks off on Nov. 10 at various sites.