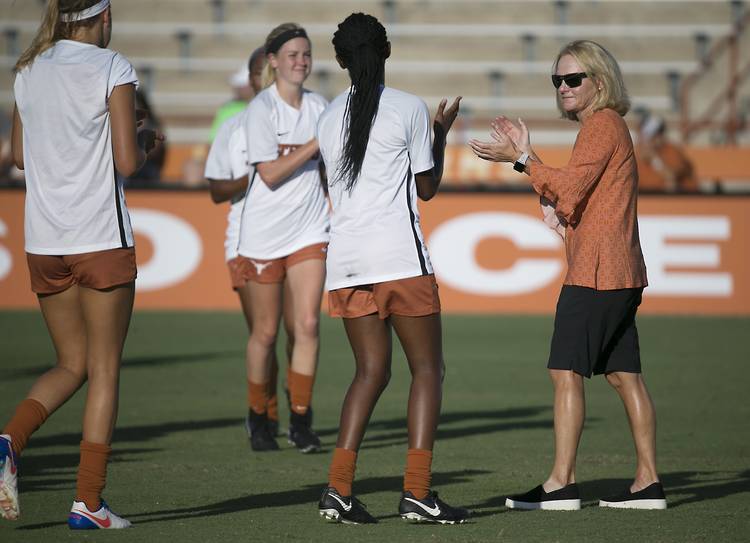 After a two-year absence, Texas has returned to the NCAA’s women’s soccer tournament.

Texas learned its postseason fate Monday when the NCAA unveiled the tournament bracket. UT earned a No. 4 seed and will face North Texas at Myers Stadium at 5 p.m. Friday. If victorious, the Longhorns would take on Alabama or Clemson in a match that likely would be played at Duke.

“I think for every one of the institutions that compete in Division I, I think this is a marker that they set their goals for. Certainly, something that is an expectation here at Texas,” said Angela Kelly, UT’s sixth-year coach. “I think the résumé and all of the work put in throughout the course of the season by this young group has afforded them this opportunity, an opportunity that will not be taken for granted.”

Texas retained much of its offensive firepower from last year, and the team welcomed Mikayla Flores and Alexa Adams back from injury. Haley Berg also was among the impact players in UT’s 2017 recruiting class.

Texas was unbeaten over its first 13 matches, the best start in UT history. The Longhorns slumped down the stretch, though, and were bounced from the first round of the Big 12 Tournament.

“We just need to focus back on our core values,” Glenn said. “I think we kind of reset our minds and are ready to go for this tournament.”

North Texas is 14-3-4. One of those defeats was a 1-0 loss to Texas on Aug. 27. On that day in Denton, the Longhorns were boosted by a late goal from Hintzen.