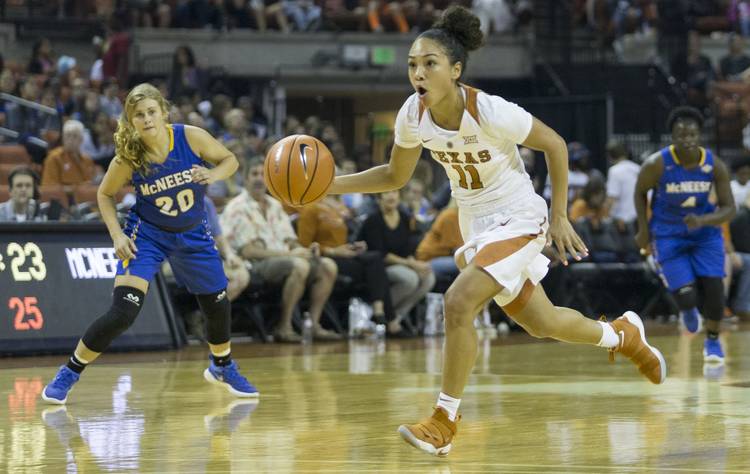 It was a milestone day for Texas senior Ariel Atkins and a chance for 5,400 school children to cut loose.

The 5-11 guard scored 23 points to power the Longhorns to a 100-34 victory over McNeese State in a non-conference game Wednesday at the Erwin Center.

It was a fun game for the students representing 54 schools in the Austin area. The seventh annual 40 Acres Field Trip was a blend of high-decibel noise with precision basketball from the home team.

Behind Atkins, Texas led 32-8 after the first quarter and 58-14 at halftime. She scored her 1,000th career point on a second-chance banker early in the third period. She hit 8 of her 10 shots from the field, 4 for 4 on three-pointers and 3 for 3 on free throws.

Second-ranked Texas was unusually deadly from the three-point line, hitting 9 for 21 from behind the arc. Last year the Longhorns’ best performance was eight three-pointers.

This marked the first time the Longhorns scored 100 points since they defeated Sam Houston State 109-48 on Dec. 15, 2013. Freshman Rellah Boothe scored the 100th point with a layup with 8 seconds to play.

The Longhorns, who improved to 6-0 against McNeese State, return to non-conference action with a home game Friday against UTSA. Tipoff from the Erwin Center is 7 p.m.