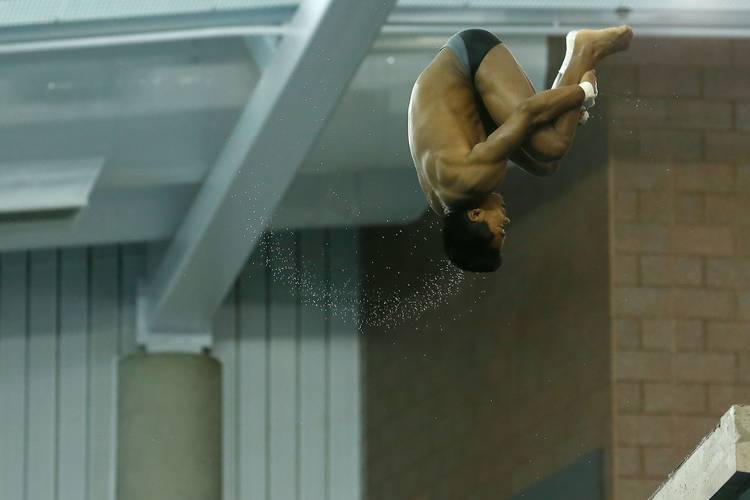 Longhorns Meghan O’Brien and Jordan Windle made it a clean sweep at the UT Diving Invitational on Friday at the Jamail Texas Swimming Center.

O’Brien had to come from behind to earn the 1-meter victory with 337.25 points, topping teammate Alison Gibson, the Big 12’s female diver of the week, who scored 334.30 points.

Wallace Layland of Miami had led for most of the competition, but Texas came out with the 1-2 finish. UT’s Murphy Bromberg claimed fourth place with 316.50 points.

Windle, a freshman and the Big 12’s male diver of the week, dominated the 3-meter competition to claim his second title in as many days after winning the 1-meter event Thursday. He led wire-to-wire and finished with 479.55 points, more than 90 points ahead of Zach Cooper of Miami.

Windle scored at least 73 points on all six of his dives. His best dive was a forward two-and-half somersault with two twists. Windle earned 90.10 points in the effort.