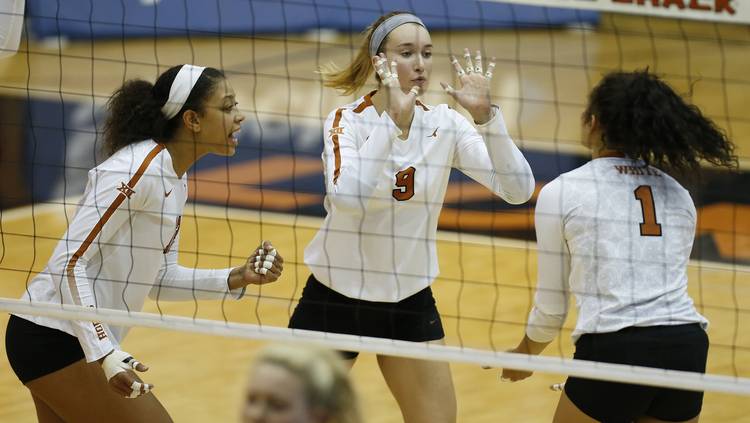 Ashley Shook has set up a debate as to who is the top freshman in the Big 12.

Shook, UT’s freshman setter, was named the Big 12’s freshman of the week on Monday. In last week’s sweep of No. 16 Kansas, Shook had 42 assists and five digs. Shook’s 10.82 assists per set rank fourth in the Big 12.

The weekly win was Shook’s third of the season. Teammate Lexi Sun, who is an outside hitter, is also a three-time winner of the freshman of the week award, as is Baylor outside hitter Yossiana Pressley.

Texas has already secured a share of the Big 12’s championship.

Starting 5: That 3-0 feeling, life in Oregon and possibly playing Duke