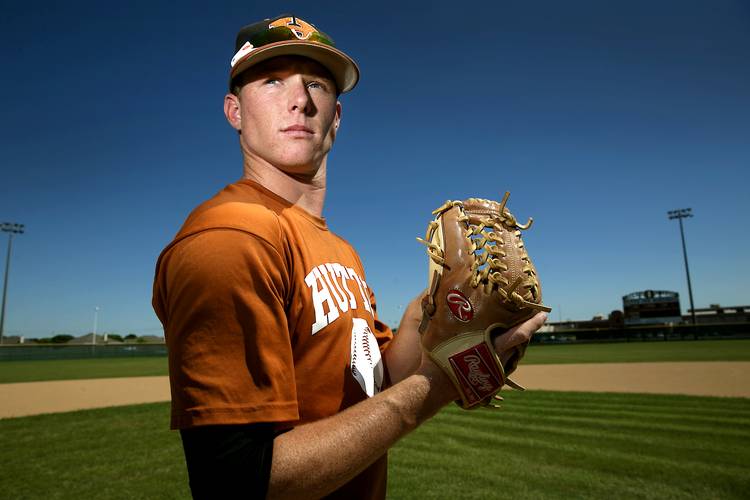 Tristen Bayless was the 2016 All-Central Texas Player of the Year during his senior year at Hutto. Bayless has signed to play baseball at Texas. RALPH BARRERA/AMERICAN-STATESMAN

Next year, Tristen Bayless will return to wearing orange.

Texas’ baseball team announced on Tuesday that it has added Bayless to its 2018 recruiting class. A left-handed pitcher, Bayless will spend this upcoming season at McLennan Community College in Waco. The 6-1, 185-pound Bayless struck out four batters over the three innings he pitched at Texas A&M in 2017.

“Tristen is another very athletic pitcher in this group,” UT assistant coach Sean Allen said in a press release. “He is the lone junior college player that we’ve signed in the fall and we will look for him to come in a compete for a weekend spot next fall. He is the power left-hander that we were missing in this class.”

Bayless is a 2016 graduate of Hutto High, and he was the American-Statesman’s All-Central Texas Player of the Year during his senior year with the Hippos. In 2016, Bayless went 8-1 with a 0.93 ERA and 185 strikeouts. Bayless also threw two no-hitters and a perfect game, and he had a 15-strikeout game in the Class 5A playoffs.

Bayless was selected by the Washington Nationals in the 35th round of the 2016 MLB Draft. He opted to join the Aggies instead of starting his professional career.