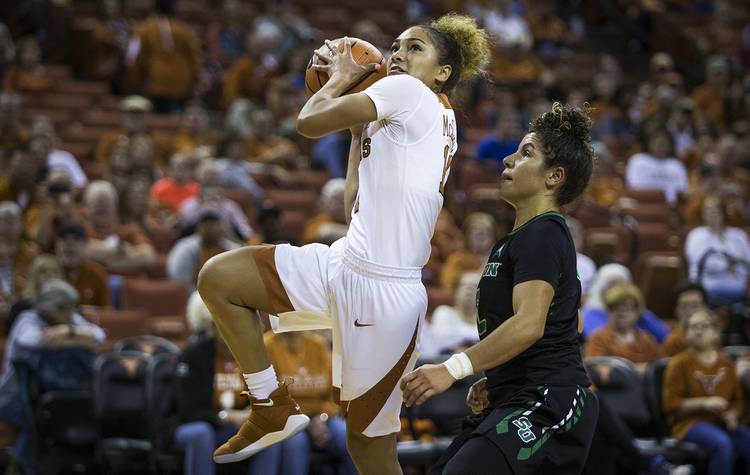 LAS VEGAS (AP) — Ariel Atkins scored 17 points and Jatarie White added 14 to lead the No. 2 Longhorns women’s basketball team to a 75-66 win over LSU in the South Point Thanksgiving Shootout on Friday. Atkins, who had four steals, made six of her eight attempts from the field.

Lashann Higgs added 13 points while Brooke McCarty had 11 points for the Longhorns (4-0).

The Longhorns scored the game’s first six points and jumped to a 16-4 advantage five minutes into the game. LSU responded with a 9-0 run, but never came closer as the Longhorns led 41-28 at intermission. The lead never got below nine in the second half.

This was the Longhorns first game away from home and against a Power 5 team. Coming into Friday, Texas was second in the nation in offensive output with 105.0 points. Also before Friday, Atkins was fourth in the country in field-goal percentage.

As a team Texas shot 53 percent, including 5-for-12 from 3-point range. McCarty hit both of her long-range shots and led the Longhorns with six assists.

Audrey-Ann Caron-Goudreau led Texas with 10 rebounds and was two points shy of a double-double.

This was the second road game for the Tigers, who are now 0-2. Louis’ streak of 20 consecutive double-doubles ended Friday. She now needs nine assists to become the fifth Lady Tiger with 1,000 points, 500 rebounds, 200 steals, and 275 assists.