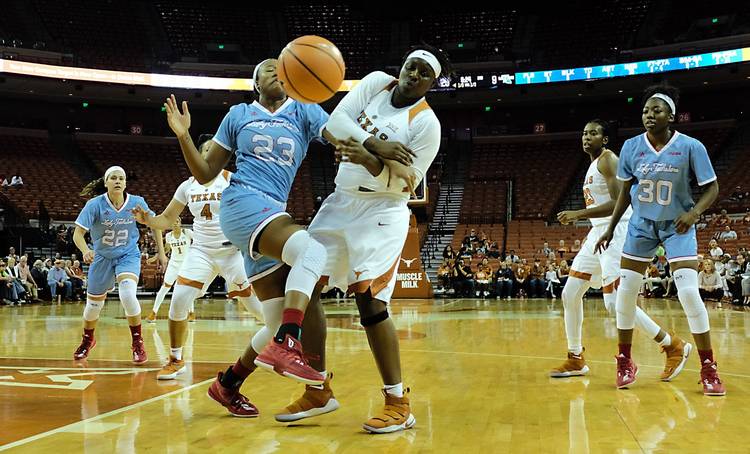 Texas Rellah Boothe (33) and Louisiana Tech Reauna Cleaver (23) loose control of the ball as the battle for a rebound during the first half of NCAA college basketball game, Thursday Nov.30,2017, in AUSTIN, Texas. (AUSTIN AMERICAN-STATESMAN Photo/Rodolfo Gonzalez)

Multiple former Longhorns are in action across the NFL and NBA this weekend. LaMarcus Aldridge is leading the Spurs in scoring and will take San Antonio to Memphis on Friday night. On Sunday, multiple former Longhorns football players will take to the gridiron. The women’s basketball team is also in action that day. They travel to Georgia to face the Lady Bulldogs on the SEC Network. In addition, the men’s basketball team will go on the road to take on Shaka Smart’s former team, Virginia Commonwealth, on Tuesday.

For the 34th time, Texas makes a good first impression at the NCAA tournament