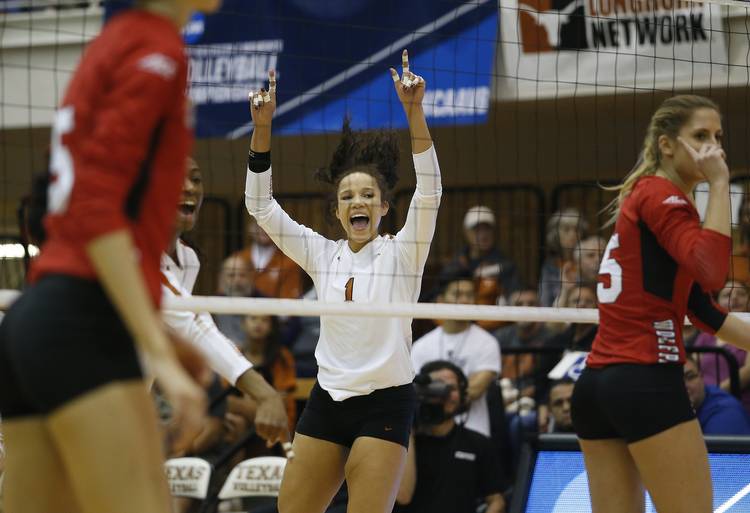 Texas’ itinerary for the third round of the NCAA tournament has been finalized.

Meeting in Stanford’s Maples Pavilion, Texas and Utah will battle at 8 p.m. CST on Friday. The Sweet 16 match will be aired on ESPN3.

The winner advances to play either Stanford or Wisconsin, who will appear in the match after Texas’ on Friday.

Texas is 26-2, and the Longhorns extended their winning streak to 20 matches with a sweep of North Carolina State on Saturday. Utah (24-9) opened its tournament run with a sweep of Cleveland State. The Utes, who finished fourth in the Pac-12 standings, then beat Purdue in four sets on Saturday.

Texas and Utah have only played twice, and the Longhorns improved to 2-0 in the series with a sweep in 2008. Following UT’s vanquishing of North Carolina State, Texas coach Jerritt Elliott said he had already downloaded film from five of Utah’s matches.

“I’ve seen them maybe for a game in the middle of the season, but obviously they are a really good team,” Elliott said. “They knocked off a really good Purdue team yesterday. They will be ready to play. We’ll have some time to prepare for them over the next week and keep moving forward.”

Texas and Utah are, respectively, the tournament’s sixth and 11th overall seeds.