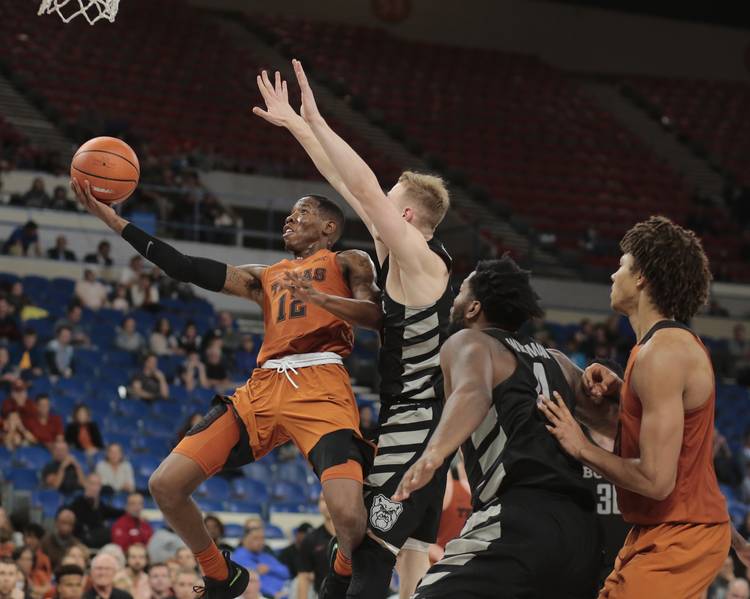 Texas' Kerwin Roach (12) gets to the basket past a Butler defender in the second half of an NCAA college basketball game during the Phil Knight Invitational tournament in Portland, Ore., Thursday, Nov. 23, 2017. (AP Photo/Timothy J. Gonzalez)

If the Texas volleyball team wins Friday, fans could catch its game on Saturday on ESPNU. Should they qualify for the Final Four, they’ll play on Thursday on ESPN. Among other NFL stars, Marquise Goodwin will be in action this weekend as his 49ers take on the Texans. The game won’t be televised locally, but it can be heard on 1300. Also Sunday, the Longhorns women’s basketball team travels to Tennessee to face the Vols at 2 p.m. on ESPN2. In men’s basketball action, Texas hosts Michigan on Tuesday at 8 p.m. The game will air on ESPN2 and 104.9.

12 Big things about Big 12 basketball: Memoirs of a Kansas loss