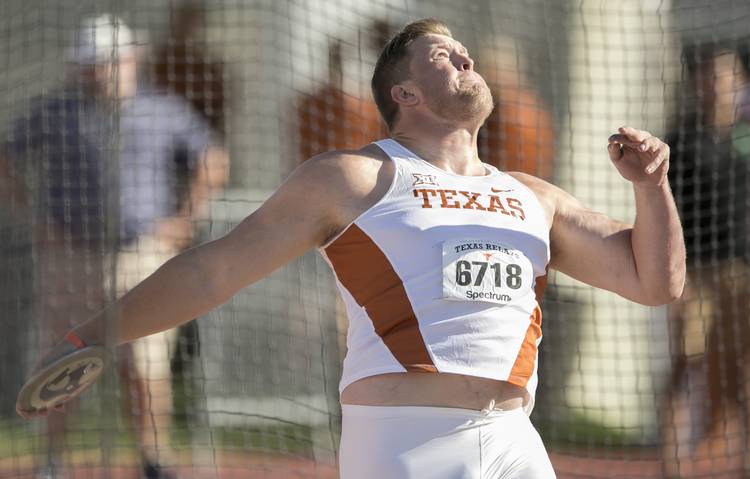 A multitude of Longhorns opened the indoor track and field season with victories at the Clemson Opener on Saturday in Clemson, S.C.

Alan Zapalac and O’Brien Wasome highlighted the day with personal-best performances. Wasome won the long jump with a mark of 25 feet, 8 inches to set a meet and facility record. Zapalac took first place in the weight throw with a mark of 71-6 1/4.

“It really set the tone for the others,” head coach Mario Sategna said. “For them to be hitting those types of jumps and performance this time of year it shows not only their hard work but also as we make the turn after Christmas break they’re going to do some great things for us at the conference and national level.”

Elena Bruckner won the women’s shot put with a distance of 49-1 3/4. Her new throwing technique, a spin instead of slide step, worked out well.

Tripp Piperi took second in the men’s shot put with a distance of 60-6. It was good for the top collegiate performance at the meet.

Alex Rogers also finished in second in the mile run with a time of 4 minutes, 4.65 seconds.

Stanford ends Texas’ season for the second straight year, one match short of the Final Four