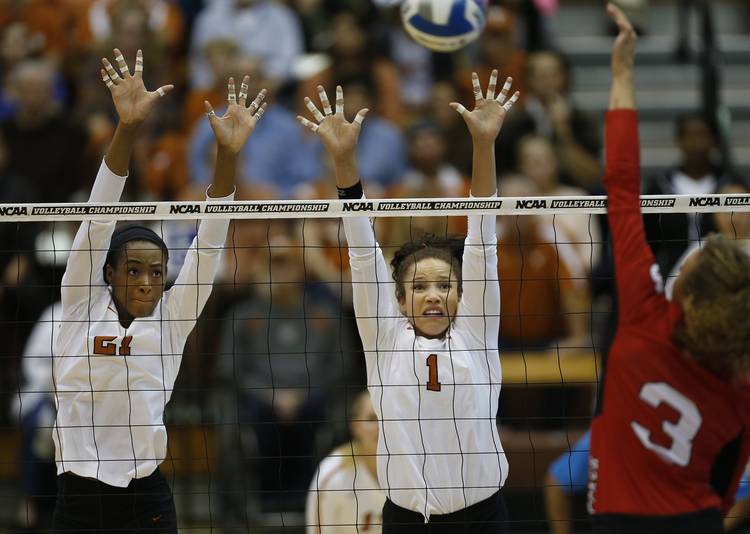 Another organization has grouped Texas standouts Chiaka Ogbogu and Micaya White among the best volleyball players in the country.

Ogbogu and White have been placed on the 2017 VolleyballMag.com All-America team. Ogbogu, a senior middle blocker, was a first-team honoree. White, who is a sophomore outside hitter, earned second-team accolades.

Ogbogu was the Big 12’s player of the year this season, and she became the third player in program history to earn AVCA All-American at four points in a career. She ranked third nationally in blocks per set (1.64 blocks per set), and only 13 players bettered her .402 hitting percentage. This fall, the 6-2 Ogbogu became UT’s all-time leader in total blocks and block assists.

For the second straight season, White led Texas in kills. In addition to her 3.4 kills per set, White hit .279 while contributing 2.63 digs per set. She registered a team-high 21 aces.

Texas went 27-3 and finished fifth in the AVCA’s final poll. The Longhorns’ season was ended by Stanford in a regional final.