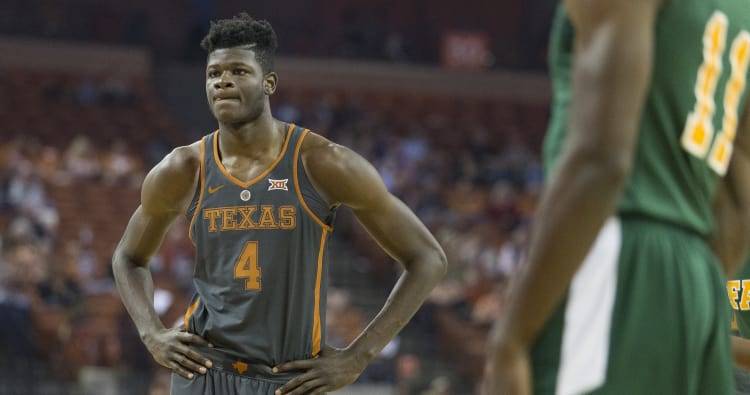 Mo Bamba and the Longhorns open Big 12 play against the Kansas Jayhawks on Friday at 8 p.m. (Stephen Spillman/for American-Statesman)

The next seven days of Longhorns on TV and radio starts with a bang on Friday. Texas hosts Kansas to start Big 12 action on Friday at 8 p.m. The game will be televised on ESPN2 and can be heard on The Horn. The women are in action on Sunday, coming off a win in the Big 12 opener against Oklahoma. They’ll host West Virginia Sunday at 3:30 p.m. The game can be seen on Fox Sports Southwest. On Thursday, Texas football fans can catch high school athletes that intend to play for the Longhorns next year. The Under Armour All-America game will feature eight players who have either committed to Texas or have already signed letters of intent.

McCarty, Boothe power No. 8 Texas to easy victory over WVU