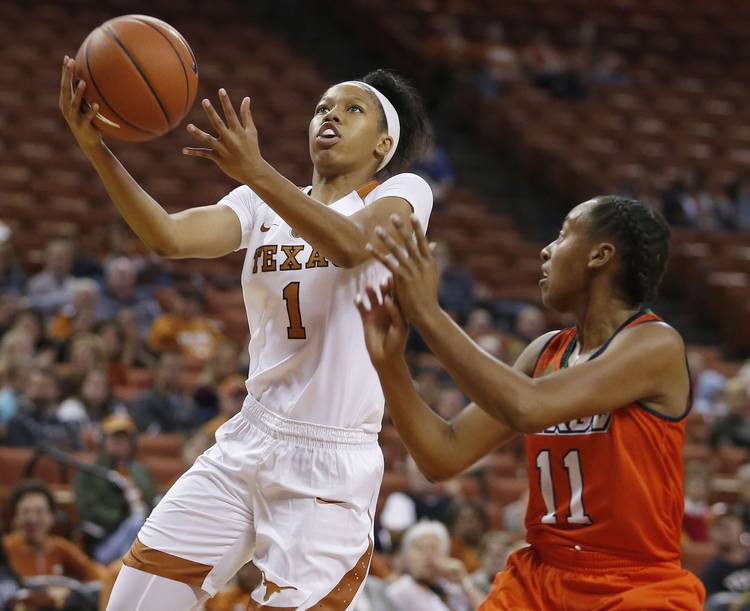 A painful chapter of Alecia “Sug” Sutton’s basketball life ended when she tossed her knee brace in the closet for good last spring.

Sutton said she felt liberated when she was cleared by doctors to discard the brace one month after her freshman season was over. She made a vow during the offseason that her role on the Texas women’s basketball team would change the moment she stepped on the court this season as a sophomore.

It has. Sutton’s game has improved significantly. Last year she averaged 3.8 points and 1.7 rebounds while playing 13.6 minutes per game. Coming off a torn anterior cruciate ligament to her left knee that wiped out her senior season in high school, she was pre-occupied by the possibility of another injury.

This year, without a knee brace, she’s averaging 6.5 points and 2.8 rebounds in 21 minutes a game.

Texas coach Karen Aston described Sutton’s knee brace as a “mental crutch” that bothered her for much of her freshman season. But her contributions during the postseason — including 10 points in an 84-80 victory over North Carolina State that sent the Longhorns to the Sweet 16 — proved her talent was still intact.

A few lifestyle changes also have helped turn the 5-8 point guard from St. Louis into a player the seventh-ranked Longhorns can bank on. She has worked closely with team dietitian Zach Bennett — “I never ate vegetables before I came to college,” she said. “It never seemed important to me when I was in high school.”

Bennett got her to try zucchini for the first time. It took her about a month, but she’s grown to like it. “I have seen the benefits (of proper nutrition),” she said.

Sutton said she has more lean mass and feels a lot better. Aston recalls how she lifted weights just four days after last season ended. Sutton’s work with Bennett over the summer coincided with a trip to Italy as a member of the USA Women’s U-19 World Cup Team that posted a 6-1 record and finished with a silver medal.

“My confidence was so high after that,” Sutton said.

Texas (13-1, 4-0 Big 12) has enough talent to exceed last year’s team that finished 25-9 after losing to Stanford in the Sweet 16 round of the NCAA Tournament. The Longhorns play at TCU on Wednesday.

“Last year we got ahead of ourselves,” Sutton said. “We worried too much about the rankings. This year we’re taking a one-game-at-a-time approach.”

Sutton, one of Aston’s first players off the bench, said she doesn’t mind playing behind starting guards Brooke McCarty, Ariel Atkins and Lashann Higgs. When McCarty and Atkins graduate in May, her role is certain to change again.

“Next year I’m going to be the leader of this team,” she said. “I’ve talked to Ariel a lot and she’s been a mentor to me. I want to be in the position that she’s put her team in now.”

With SMU, Texas State and others in town, Texas to open its new tennis center