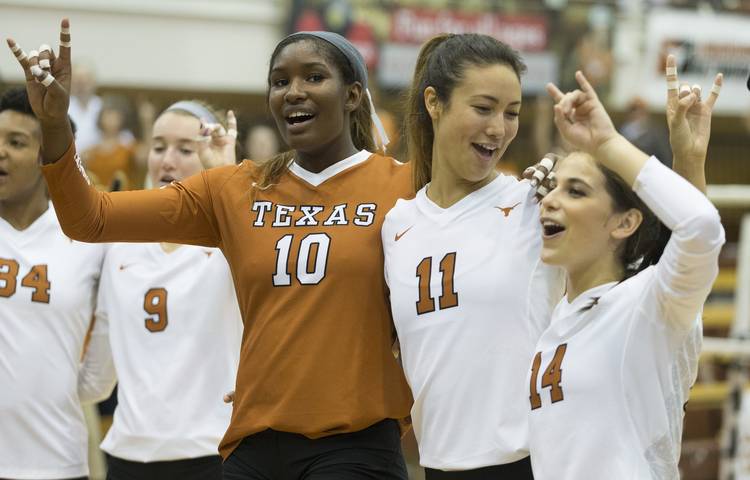 Texas officially has one fewer candidate to replace Cat McCoy.

Texas confirmed on Thursday that freshman libero Olivia Zelon has left the volleyball program. Zelon, who hails from Santa Monica, Calif., did not play during her one and only year at Texas. A member of UT’s top-rated recruiting class in 2017, the 5-6 Zelon redshirted after she graduated from high school early and went through spring drills at Texas.

McCoy has been UT’s libero since 2014, but she graduated and will next play beach volleyball at Washington. McCoy exits Texas as the school’s all-time leader in digs.

So, who will be Texas’ next libero? In addition to her role as a defensive specialist, rising junior Autumn Rounsaville appeared as a libero in one set against Texas A&M-Corpus Christi this past season. Claire Hahn, who will be a junior this fall, averaged 1.43 digs per set in 2017 while Natalie Gilbert earned some playing time during her junior year. Texas also recently signed Sydney Petersen out of Iowa’s Dike-New Hartford High.