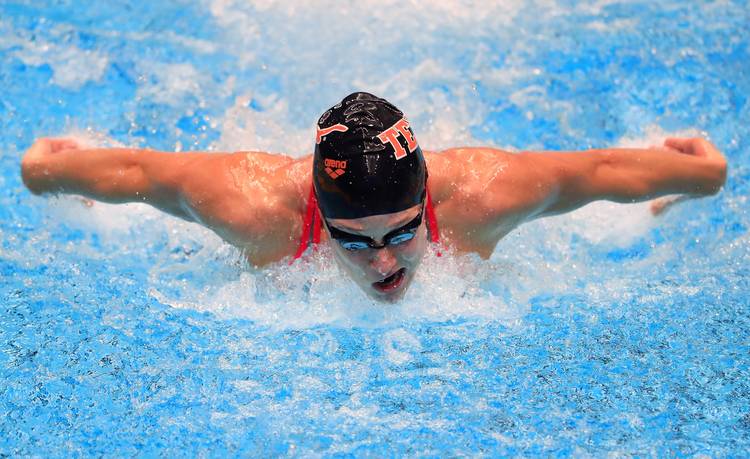 Various former and current Longhorns turned in solid performances on the third day of the TYR Pro Swim Series at the Jamail Swim Center Saturday.

Madisyn Cox was victorious in the women’s 200-meter mystery individual medley. In the “mystery” IM, competitors draw for the stroke order in which they’ll complete the race. Cox finished the race in 2:16.12, ahead of Alicia Wilson who clocked in at 2:16.81. The former Longhorn finished the race with the backstroke while Wilson closed in with the freestyle.

Former Longhorn Jack Conger took the men’s 50-meter fly in 23.37 seconds, edging out Michael Andrew. Tripp Cooper only made it to the semifinals with a swim of 24.38. He ended up sixth overall.

Clark Smith took bronze in the men’s 400 freestyle. He finished in 3:52.56 as he chased down Shogo Takeda and Jeremy Bagshaw.

Current Longhorn Kennedy Lohman finished the women’s 50 breaststroke in seventh overall. She finished her race in 31.88.

Joanna Evans, another current Horn, took fifth place in the 400 freestyle with a time of 4:15.05.

No. 7 Texas set to host top-ranked UConn in prime-time showdown