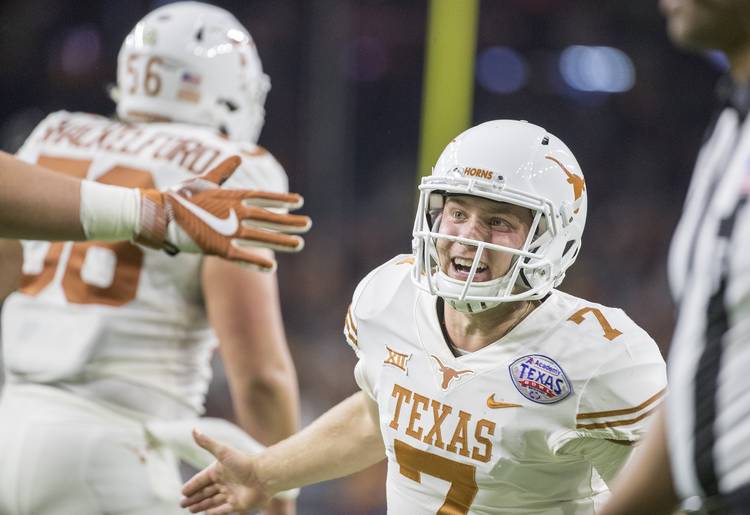 Texas quarterback Shane Buechele will undergo surgery to repair a torn adductor (hip/abdominal) muscle injury sustained in the Texas Bowl, according to the university.

The surgery is scheduled for Thursday. He will begin treatments and rehabilitation soon after. He is expected to be ready for the start of spring practice on March 5, according to UT.

Wednesday’s announcement was the first public acknowledge by the school that Buechele was hurt against Missouri.

Buechele played in the first half of the Longhorns’ 33-16 victory but did not return after halftime. He finished the game 6 for 14 for 55 yards and threw one touchdown.

Buechele suffered shoulder and ankle injuries early in the 2018 season, which allowed backup Sam Ehlinger to earn playing time early. But Ehlinger also suffered a concussion, and the Horns ended up rotating quarterbacks as the season progressed.

Buechele, a sophomore, and Ehlinger, a freshman, will compete against incoming freshmen Cameron Rising and Casey Thompson for the starting position this spring.