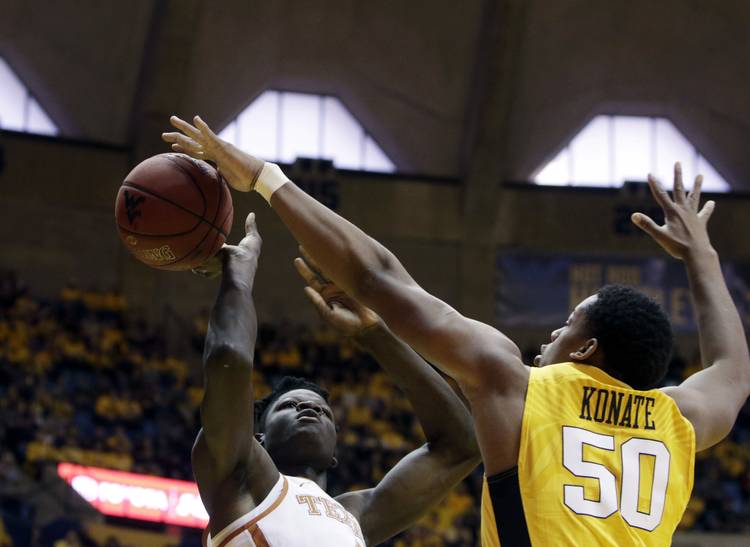 Big 12 coaches generally aren’t fond of the Saturday-Monday turnarounds, especially when the weekend game is on the road. For Texas, the best thing possible may be to get back on the floor ASAP.

The Longhorns had a long flight home from West Virginia on Saturday evening. That’s plenty of time to think about a bewildering 35-point loss to the Mountaineers.

It was the biggest loss in coach Shaka Smart’s nine years as a head coach (35 points) and the team’s third-worst shooting performance (.340) since he’s been at UT.

“We were awful. We’ve got to be better,” freshman guard Matt Coleman said. “It’s a quick turnaround Monday against Iowa State, and I heard they just won. At the same time, we’ve got to have it in the back of our mind this is unacceptable.”

Yes, the Cyclones (11-7, 2-5 Big 12) did just that on Saturday. Iowa State stunned eighth-ranked Texas Tech, the same group that Texas knocked off last Wednesday. That wasn’t the only big news from the weekend. Oklahoma State knocked off No. 4 Oklahoma in a Bedlam Series matchup.

As bad as things looked Saturday in Morgantown, it was merely one game in an 18-game marathon. Texas (12-7, 3-4) is still trending in the right direction, as most analytical projections have this team targeted to finish .500 in league play. In the Big 12, that gets you into the NCAA Tournament.

“I wouldn’t say worry,” forward Dylan Osetkowski said. “Every game in the Big 12, as you can see, is a fight. It’s the best league in America right now, as you can tell by some of these games.

“We always talk about not worrying too much about the other team and more about ourselves,” he added. “So we’ve just got to continue to fight and do what we’ve gotta do.”

Texas has defended its home court rather well this season. The Horns are 8-2 at home. The Cyclones have won in Austin only once since 2005.

What’s more concerning than the team’s shooting is the apparent lack of focus. It’s subtle, but from listening to Smart, there are clues that his team isn’t fully dialed in at times.

After the West Virginia game, Smart said, “We tried to do some things that were completely different from what we talked about doing.”

On West Virginia’s full-court press, Smart said, “The level of discipline to do what we practiced after we broke their press, we didn’t have that today.”

So what happened? “I think we got away from it partly due to getting frustrated about not getting calls and just letting things that we don’t control end up affecting how we play,” Coleman said.

This is still a team that relies heavily on freshmen, like Coleman, Mo Bamba, Jericho Sims and Jase Febres. West Virginia’s lineup relies on two seniors and three sophomores. Iowa State is led by a senior and junior.

Given Texas’ youth, and then remove a talented scorer like sophomore Andrew Jones, well, it makes things awfully difficult in a league with zero forgiveness.

“It’s not always going to be pretty, but you’ve got to always respond,” Smart said.

It’s still unclear why Bamba, with his 7-foot-9 wingspan and freakish athleticism, doesn’t get more shots. Guards should be force-feeding him. Typically, Bamba sets screens on the perimeter instead of just camping out on the low block. He’s averaged just 6.5 shots over the last four games inside the arc.

Bamba had 14 2-point shots against Kansas and tallied up 22 points. He got 11 of those shots against Baylor and had 15 points. Against WVU, he had only seven and finished with nine points, his lowest scoring total in just over one month.

“Strategically it kind of works out,” Bamba said. “You set a ball-screen, and instead of rolling (down) and bringing a shot blocker back into the play, you kind of pop out and get him out of the play. You kick back to me and get it in rhythm and just shoot it up.”

Should Bamba get more looks inside, though? “Touches down there, they’ll get there,” he said.

There’s plenty to work on as January rolls on. As Eric Davis Jr. says, the Horns simply need to “get back in the lab” and get to work. Monday is a new day, as the Cyclones will be here looking to keep their momentum going.

The Dotted Line: How can Texas finish off the perfect class?