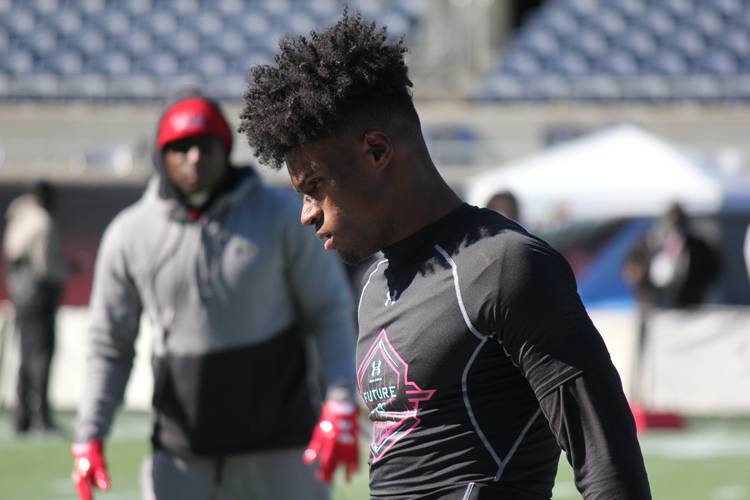 Despite a bulk of efforts directed toward putting a bow on the 2018 class, the Texas football staff found time to extend more offers to prospects in the 2019 class. The Longhorns offered a trio of in-state prospects, including a pair of elite cornerbacks and an Oklahoma commit. Texas also made its presence felt at an elite Florida program:

Texas signed the top three cornerbacks in the state for the 2018 cycle and putting together another strong group would help the Longhorns put a stranglehold on Big 12 passing attacks. Young is a big, physical cornerback who can run. He’s quickly rising the recruiting ranks and will be a member of the initial 2019 Fabulous 55 when it’s released on Feb. 8. Texas is one of his 14 offers; LSU holds an early lead with Texas A&M also in the mix.

Texas fans hold a special place for Houston Madison, the high school that produced quarterback Vince Young. Wolfe is a long and physical cornerback built in the mold of Young. Texas likes big corners who prefer man-to-man coverage and that is where Wolfe excels. He holds 18 offers with LSU and Oregon currently out front. Expect him to move up the recruiting ranks soon.

Carter is an Oklahoma commit who could play wide receiver or cornerback. He committed to the Sooners on July 29 but that didn’t stop Herman and company from tossing him an offer. Aledo is a hotbed of recruiting talent and Texas needs to build pipelines outside of the Houston area. He’s an elite playmaker with the ball in his hands. Carter also is an excellent defensive back who can play cornerback, nickel and safety.

Texas traveled through Florida and offered four prospects at St. Thomas Aquinas. One of those was the 4-star defensive end. Both of Texas’ defensive end commits for 2018 are from outside of Texas and the Longhorns aren’t shy recruiting out-of-state. He signed linebacker Ayodele Adeoye from IMG Academy in December and Jordan Pouncey from Winter Park (Fla.) in 2017.

The Big 12 requires nickel backs and Davis is one of the best in the nation. He’s built much like 2018 signee D’Shawn Jamison, providing the versatility of a coverage corner against slot receivers and big plays in the return game. Davis is a quick, electric player who can turn an interception into a touchdown.

LaFrance is an unknown quantity in the recruiting world. He’s not even ranked at 247Sports and his only other reported offer is from Louisville. Texas liked him enough during the stop to extend the long cornerback an offer and his frame is like other corners Texas has pursued during the Herman era.

Texas signed three elite safeties in the 2018 class but that won’t stop the Longhorns from adding a couple of elite playmakers in 2019. Battle is a long, rangy safety who can cover space playing center field or lock up in man-to-man coverage. He’ll need to add weight to become an in-the-box safety because right now he looks like a free safety or a cornerback.

The Dotted Line: What would a commitment from Joseph Ossai mean for Texas?

No. 6 Texas, No. 3 Baylor square off in what may be women’s college basketball’s best rivalry