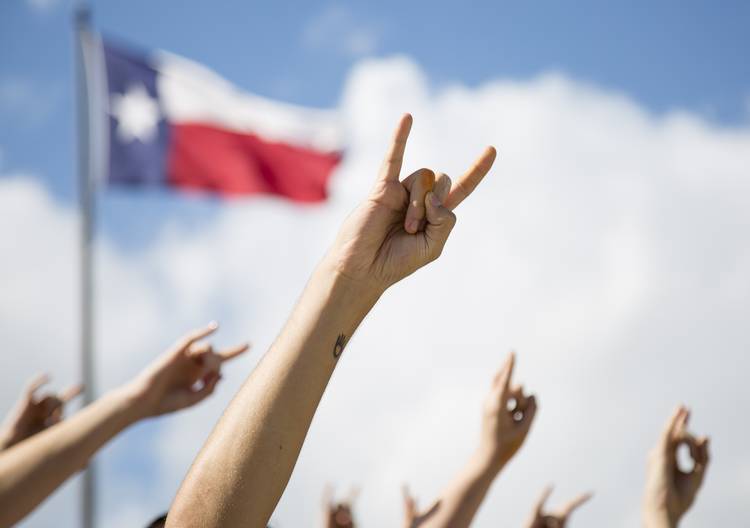 Texas, which holds 19 signees and four commitments heading into the weekend, still have spots to fill over the next 12 days.

The Longhorns hope at least two of those prospects will be on campus this weekend when Tom Herman’s program hosts 4-star wide receiver Lawrence Keys III and 3-star defensive tackle Moro Ojomo, along with a couple of other targets.

A look at who’ll be here:

Two pieces of the defensive line puzzle of the 2018 class remain and Ojomo is priority 1B for defensive line coach Oscar Giles, who’s also busy trying to lock-in 4-star defensive end Joseph Ossai. Ojomo would give Texas a young, improving tackle who’s still growing. He won’t turn 18 until he’s on a college campus and his upside is as high as any defensive lineman in the state because of his youth. Ojomo will receive the full attention of the defensive staff on his visit.

Texas is still in search of a replacement at slot receiver after losing Kentucky’s Rondale Moore to Purdue before the early signing period in December. The Longhorns will host Keys, an electric slot from Louisiana. Notre Dame is the favorite and the Longhorns have work to do on the visit to persuade the 4-star to sign. He’s also considering Oregon. Expect Texas to work the distance factor, as well as early playing time, with Keys during his visit.

Luke Brockermeyer, outside linebacker, Fort Worth All Saints Episcopal

Texas will host Brockermeyer, who committed to Rice in June but elected to not sign during the early period. The Longhorns missed out on outside linebacker targets Nik Bonitto and DaShaun White, so Herman must search elsewhere if he wants to fill the position in this class. Brockermeyer is an interesting prospect who could grow into a defensive end or an outside pass rusher. He can play sideline-to-sideline and is solid in coverage. And there’s the legacy factor: Brockermeyer is the son of former Texas All-American offensive tackle Blake Brockermeyer, who’s now an assistant coach at All Saints. Luke holds offers from Rice, Oregon State and Arkansas. Brockermeyer could earn an offer from Texas during his trip.

Herman is taking his special teams seriously. Texas already has signed a kicker and a punter in this class. The next piece might be a long snapper. It’s unclear whether Texas would offer Mader or allow him to be a preferred walk-on. He currently holds offers from Air Force, Army and Southern Arkansas. He’s the No. 2-ranked deep snapper in the country, per 247Sports Composite.

The Dotted Line: What would it mean for Texas to sign Katy defensive tackle Moro Ojomo?