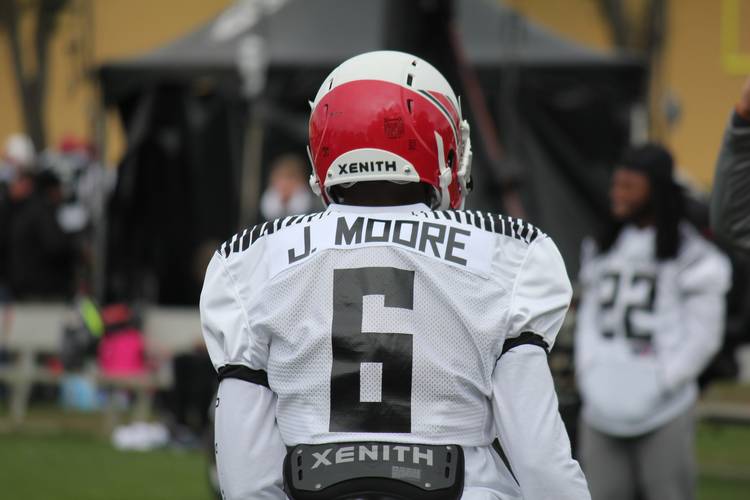 National signing day is 10 days away

The early signing period in December might take away from the spectacle normally surrounding national signing day. Nearly 75 percent of Power 5 commitments chose to sign in December and end the recruiting process early. Texas signed 19 recruits in the three-day window, including nine who enrolled early and are already on campus.

Defensive tackle Keondre Coburn and running back Keaontay Ingram were the only two Texas commits who chose to not sign early. Both remain committed to the Longhorns. Tom Herman also has added a pair of out-of-state defensive ends to the mix, giving Texas 23 commitments for the 2018 class.

There are at least five spots remaining, not including a grad transfer like Rice offensive tackle Calvin Anderson, who also is a top priority for the Texas staff. Below is the current recruiting board for the Longhorns with 10 days before signing day.

Ossai will decide between Texas and Texas A&M on Feb. 7 at Conroe Oak Ridge. He’s the best uncommitted player in the state and would be a big recruiting win for the Longhorns after trailing its long-time rivals for Ossai for much of the cycle. Ossai can play defensive end or stand up and blitz the quarterback as an outside linebacker. His versatility, athleticism and frame make him an intriguing pass-rushing prospect.

No senior improved his stock more than Ojomo, who was awarded defensive MVP honors for his district. Ojomo is only 16 years old, meaning he’s still growing. Texas offered on Dec. 6 and many other elite programs followed suit after Ojomo elected to pass on the early signing period. Ojomo was on Texas’ campus over the weekend and has an official to Oregon set for next weekend. The smart money is on Texas unless Oregon can change his mind on the visit.

Moore was a Texas target. Then he wasn’t. Now, he’s back on the target board. It was an interesting year for Moore, who spent his spring semester at IMG Academy in Florida before returning to Yoakum for his senior season. The one-time Nebraska commit released a top five that included Texas. The Longhorns were the only in-state school listed. The distance factor likely allows Herman to add another dynamic in-state wide receiver to the mix.

Jones de-committed from SMU on Jan. 25. He was offered by Texas the next day. The Longhorns signed four tackle prospects during the early signing period and would like to add Jones as the final piece to the class. The 3-star prospect is a project who would need a redshirt season, but he’s big, agile and a well-rounded offensive tackle prospect. Texas needs as much depth as it can get at offensive tackle and Jones would be another big body to stash away for the future.

Keys is favored to pick Notre Dame. The Longhorns hosted the slot receiver and made a big impression on his visit. He has a scheduled trip to SMU before signing day. It’s likely a two-team race between Texas and Notre Dame and it’s unclear how much ground the Longhorns gained during his official visit. The Longhorns need a true slot receiver in the class and Austin is much closer to Louisiana than South Bend.

The State of the Longhorns: With new coaches, AD in place, how far is Texas from being Texas again?