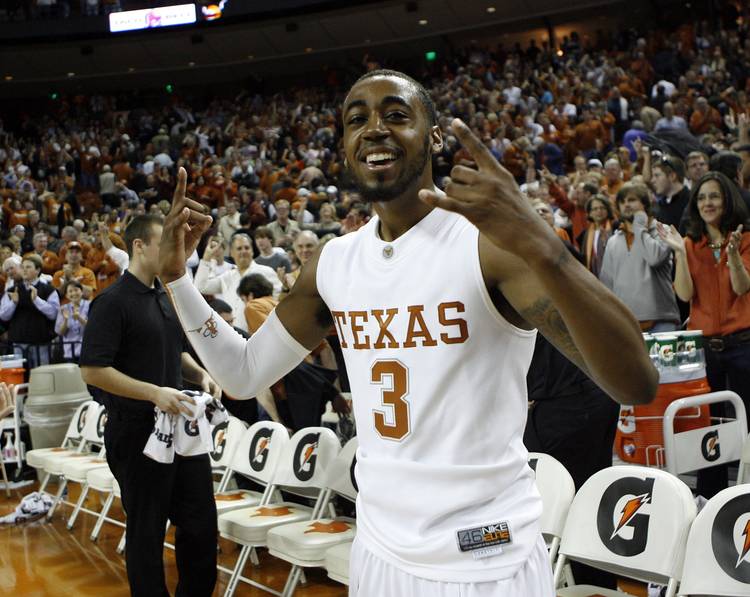 It’s easy to watch the Kia commercials of Blake Griffin being funny and forget that for two seasons Griffin was a bouncy, dominant big man who played two seasons at Oklahoma.

In his first year, Griffin  averaged 14.7 points for the Sooners. Griffin was a McDonald’s All-American from the Oklahoma City area (he played at Oklahoma Christian in Edmond, Okla.). He surprised a lot of people when he decided to return for his sophomore season for coach Jeff Capel.

That season was everything a player wants after deciding to skip the NBA Draft. He was National Player of the Year, Big 12 Player of the Year, his team was a No. 2 seed in the NCAA Tournament and he helped them to an Elite Eight appearances before losing to eventual champion North Carolina.

But he didn’t win in Austin.

Texas went 23-12 overall and finished with a 9-7 Big 12 record, fifth overall. But they were much more than that for one night. And that game had historic consequences not many realize.

ESPN College GameDay announced on Saturday the show was heading to Austin for Saturday’s Texas-Oklahoma game. There’s a lot of similarities: Oklahoma has the front-runner for National Player of the Year, Trae Young and have ranked for much of the season.  The last time College GameDay was here for hoops was for a Feb. 21, 2009 matchup.

Here is the photo:

AJ Abrams was a local kid from McNeil High School. He played with LaMarcus Aldridge and Kevin Durant but his senior season he was one of the top players on his team. It was he, Dexter Pittman and Damion James leading the way. On Feb. 21, 2009, the senior scored 23 points, draining five 3-pointers as Texas held off Oklahoma for a 73-68 win. At one point in the game, Abrams scored 16 straight points in the second half.

MORE PHOTOS: Texas knocks off No. 2 Oklahoma at home as part of ESPN’s College GameDay

Here’s what also happened in the game: Griffin only scored two points — 20 less than his average — because he suffered a concussion in the first half. He played just 11 minutes in the game.

This injury forced Griffin to miss the next game, and that was against Kansas, who was 11-1 in conference play. Before OU played Texas, the Sooners were 11-0 in conference play. Griffin didn’t play, and the defending national champions won in Norman 87-78 as Kansas center Cole Aldrich scored 20 points.

MORE PHOTOS: ESPN College GameDay came to Austin for the Texas-Kansas game in 2006, and the Longhorns blew out the Jayhawks

Would the national player of the year of made a difference in both that Texas and Kansas game? Yes. We’re guessing the future NBA All-Star, No. 1 pick would have. Kansas is vying for their 14th straight conference title this season.

What’s really interesting about this photo?

Abrams was a staple for Statesman basketball coverage for eight years. Four as a member of the Longhorns and four as a McNeil Maverick. He is the high school’s all-time scoring leader with 2,559 points, was a three-time district MVP and three-time All-District player. He was the Statesman Centex Player of the Year in 2003 and 2005, here’s a photo:

Abrams played professionally in Greece until 2012 before returning Austin. The Round Rock Leader, a bi-weekly publication powered by the Austin American-Statesman caught up with Abrams in 2015.