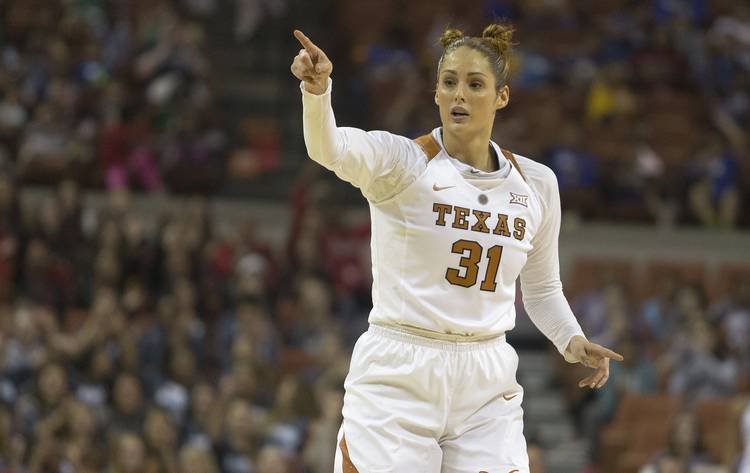 On Saturday, Baylor beat Texas Tech by 46 points and Texas thumped TCU by 27.

For at least a day, the Baylor-Texas hierarchy of the Big 12 remained unchanged.

The Longhorns played one of their best games of the season against the Horned Frogs, earning a 27-4 lead after one quarter and winning 92-65. Ariel Atkins and Brooke McCarty scored 16 points apiece to help Texas improve to 18-4 overall, 9-2 in the Big 12. Baylor remains on the top shelf of the conference, sporting a 21-1, 11-0 in league play.

For Texas to remain near the top of the Big 12’s elite — and have any shot of earning or sharing championship — it needs to replicate its effort from Saturday and “bottle it up” when the Longhorns hit the road Monday night against West Virginia.

As Texas learned last week, no road game in the Big 12 should ever be taken for granted. The Longhorns had trouble with Kansas, the ninth-place team in the league, shaking off a second-half tie before pulling away for a 55-41 victory.

The Horns cannot afford a letdown in Morgantown.

“At this point in the season, these (seniors) are counting down,” Aston said. They only have four games left (at the Erwin Center).  We’ll start to feed pretty heavily off of them and off of the sense of urgency that they clearly have. All three of our seniors seem to have quite a bit of urgency right now, so I would think that the team will try to feed off of that.”

While Atkins and McCarty have received plenty of individual honors, UT’s other senior, Audrey-Ann Caron-Goudreau, has quietly become an effective enforcer. Even though she was held scoreless at Kansas, the 6-4 forward was the game’s “key player” for her defense and hustle, Aston said. On Saturday, she recorded a career-high six blocked shots against TCU as the Loghorns avenged last month’s 79-77 loss to the Horned Frogs in Forth Worth.

Caron-Goudreau leads the team with 32 blocked shots for the season. Atkins is next with 19 blocked shots while starting center Jatarie White has eight blocks.

“She helps us a lot,” Atkins said “I think she has taken it personally that we haven’t particularly guarded the post well in the past. She has been doing things that haven’t been showing up on the stats sheet. It helps us a lot and it’s just credit to her and her attention to detail that she has been taking.”

After West Virginia, Texas will play host to Kansas State at 7 p.m. Saturday at the Erwin Center. The Longhorns will finish their home slate with conference games against Tech Tech (Feb. 14), Baylor (Feb. 19) and Oklahoma (Feb. 27).

The Dotted Line: What is left for Texas in the 2018 recruiting class?