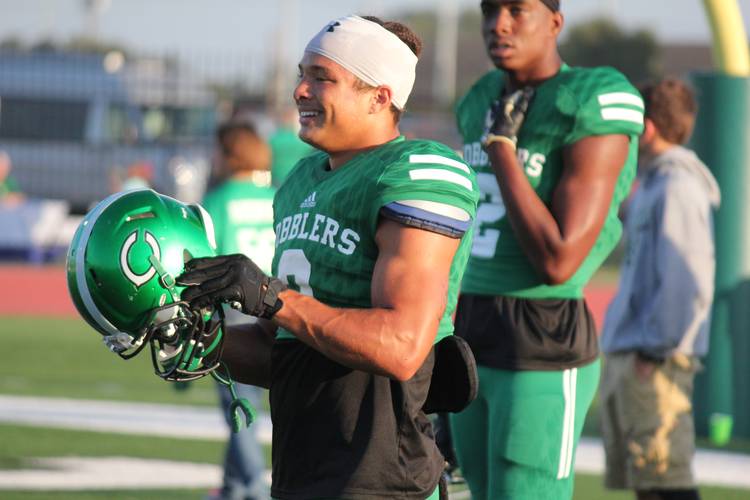 Business is about to pick up in the 2019 class for the Longhorns. Texas elected to hold off on collecting commitments before officially inking the 2018 class on national signing day. With junior days, camps and official visits approaching, Texas will begin to fill the 2019 class in short order.

Texas holds one commitment for 2019, 4-star quarterback Roschon Johnson of Port Neches-Groves. Oklahoma and Texas A&M already have six commitments in the 2019 class. Jimbo Fisher and the Aggies hold commitments from three members of the Fabulous 55.

The Longhorns shouldn’t struggle to recruit in 2019 despite the added challenges. It’s Texas. It should sell itself, especially if the results on the field begin matching the momentum built in recruiting.

The targets that head coach Tom Herman covets are beginning to become clear. Here is an early look at 10 prospects on Texas’ 2019 recruiting wish list:

The best player in the state will always be a priority for the Longhorns. Texas managed to sign the top-five in-state players in the 2018 cycle. Landing Whittington would give Herman and his staff the No. 1 player in the country two years in a row. Whittington can play outside or slot receiver.

Wilson is a superstar and the best true Austin-area prospect to emerge in a few years. He’s an electric receiver with the ability to play outside, in the slot or in the backfield. He’s also spent time in the secondary. Wilson is an Ohio-native and Ohio State will be squarely in the mix for him.

Leal is the best defensive lineman in the state and an ideal fit for an odd-man front defensive line. He can play defensive tackle in a traditional four-man defensive line or defensive end in a scheme like the one employed by defensive coordinator Todd Orlando. South Texas is full of talent and the Longhorns are attempting to build a pipeline to the south after signing Caden Sterns in 2018 and Derek Kerstetter in 2017.

Cain transferred to IMG Academy after his sophomore season at Denton Guyer. He’s a Texas native and already holds a Longhorns offer. Cain visited UT numerous times before his junior season and is in constant contact with the Texas staff. Cain would be the top-ranked running back in the state if he was still at Guyer. He holds an offer from nearly every program in the nation, but mentions Ohio State, Oklahoma and Texas as his top schools.

Texas wants to continue adding depth and potential talent to the offensive line. Johnson is one of the best offensive tackle prospects in the state. The Longhorns signed Joseph Ossai out of Oak Ridge in the 2018 class, which would seemingly give the Longhorns an advantage in the recruitment of Johnson.

Banks is the top-rated cornerback on the Fab 55 and a prospect that Texas identified early as a top target in 2019. A teammate of 2018 signee Malcolm Epps, Banks is familiar with the UT staff from its numerous trips to Dekaney. Banks is a true shutdown corner who excels in man-to-man coverage.

The former Oklahoma commit is squarely in the mix for Texas. The Longhorns need to build recruiting pipelines in DFW after relying heavily on Houston in the 2017 and 2018 classes. Aledo is a state championship program with elite players each cycle. Landing a cornerback like Carter would provide Texas with an elite corner and a recruiting win over Oklahoma and others in DFW.

Catalon is a multi-dimensional defensive back with the ability to play all over the defensive secondary and help in the return game. Catalon lacks ideal size, but he’s a hard-nosed player who is always around the football. He can play safety, cornerback and nickel. His versatility makes him a priority for the Texas staff. Catalon could be compared to 2018 signee D’Shawn Jamison of Houston Lamar.

Texas didn’t sign a single center prospect in the 2017 or 2018 classes. That’ll change in 2019 and Bragg is the top priority at the position. He’s a big player who received an early offer from Texas and camped in Austin before his junior season began. The Longhorns are in the lead for Bragg, who can also play guard.

Texas showed its ability to recruit out of state while maintaining a strong base in its own state in 2018 class by sweeping the top five of the Fab 55 while signing out-of-state prospects like Cameron Rising (Calif.), Casey Thompson (Okla.), Ayodele Adeoye (LB) and Junior Angilau (OT). Steele would be another big win for Texas in California. He’s unofficially visited Texas and considers the Longhorns as one of his top schools. USC is the team to beat.