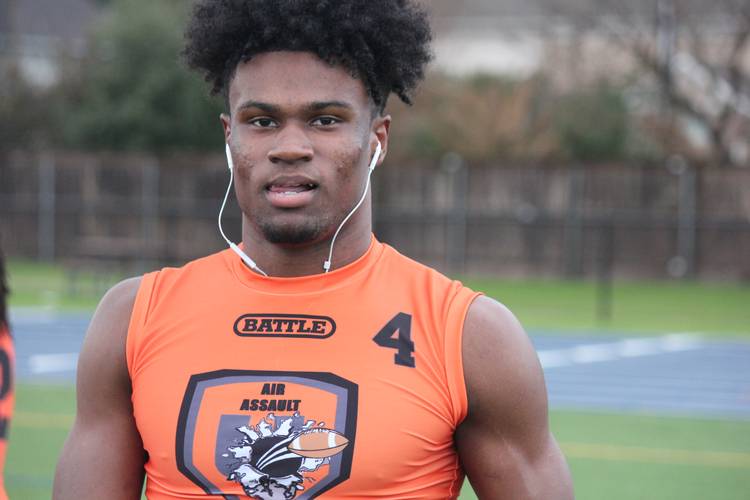 Tom Herman found gold at Dodge City C.C. in 2017 when he signed inside linebacker Gary Johnson, who became a starter in his first season on campus and is now the leader of the linebackers room.

The Longhorns hope a similar situation arises with Lakia Henry, the No. 1-ranked JUCO inside linebacker in the 2019 class. Texas extended him an offer on Wednesday.

I’m Extremely Blessed And Honored To Receive My 7th Offer From The University Of Texas 🔥‼️ #Hookem 🤘🏿 pic.twitter.com/KKNaJAdfBh

Henry will graduate in December and enroll early at the college of his choosing. Texas was his seventh offer. The 6-1, 230-pound prospect also holds offers from Alabama, Texas A&M and Ole Miss. He’s originally from Georgia.

In 2017, Henry recorded 110 tackles, 2.5 sacks and intercepted one pass. Thirteen of his tackles were for loss and he also recorded a pass breakup. The Longhorns want athletic inside linebackers who can run sideline to sideline and make plays in coverage. The Big 12 requires such linebackers, as does defensive coordinator Todd Orlando.

Getting Henry on campus for an official visit will be the key for Texas’ staff. The hope for Texas is that Johnson can show Henry that a transition from JUCO linebacker to Longhorn means success and an eventual exit to the NFL draft.

Texas cleaned up in state in the secondary for the 2018 recruiting class, signing the top three cornerbacks and safeties on the Fabulous 55. That depth could work against the Longhorns while recruiting secondary members for 2019. Not all prospects subscribe to that logic, however.

“I honestly think all that talent should help in recruiting more defensive backs,“ said 4-star cornerback Erick Young of Fort Bend Bush. “To get on the field, you’ll need to beat out a lot of great players and that would say something about you as a player.”

Young already holds 23 offers, including one from the Longhorns. Texas owned the Houston area in the 2018 class and Young is one of the top prospects in the region for 2019. He’s familiar with some players on the Texas team and is ready to experience more campuses before making a final decision.

“I don’t know what I’m thinking right now. I like A&M, OU, Texas and Baylor, but I’m nowhere close to being ready to pick a school or name a leader. I need to get to more campuses,” Young said. “I do know D’Shawn Jamison well and a few of the other guys from last year’s class like Brennan Eagles. They let me know about what is going on in Austin.”

Texas’ only 2019 commitment is 4-star quarterback Roschon Johnson of Port Neches-Groves. The Longhorns could see that number increase after hosting junior days. Rivals like Oklahoma and Texas A&M have already hosted a junior day and picked up commitments on those dates.

Texas A&M wasted no time starting to build the 2019 class under Jimbo Fisher. After a junior day hosted in College Station on Feb. 4, the Aggies picked up commitments from Brian Williams, the best safety in the state, and fellow Fabulous 55-member Bobby Wolfe, an elite cornerback from Houston Madison.

“A&M was already one of my favorite schools before the junior day, so I had an idea that’s where I wanted to be,” Wolfe said. “Then, when I went on the visit and saw that it was what I wanted, I pulled the trigger.”

Wolfe also pointed to a connection with 2018 signee Leon O’Neal as a reason for picking A&M. The Longhorns built cliques among the top recruits in Texas to bring home the trophy as best class in the state in 2018. A&M wants to follow the same model.

“We’re trying to get all the 2019 studs in College Station,” he said. “We already have a great start to the class and guys like me and Brian Williams will work on adding more to the mix by the summer.”

In volatile Big 12, can the Texas men rebound in the Red River rivalry rematch?