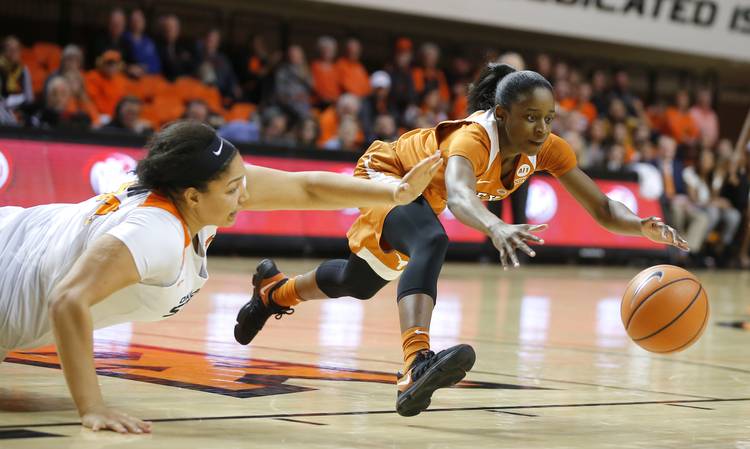 Ariel Atkins contributed 15 points and four steals, Jatarie White had 12 points and Joyner Holmes scored 10 for the Longhorns, who won their seventh game in a row.

Holmes scored in double digits for the third game in a row and the second straight game after becoming a starter. She’s contributed at least 10 points in six of the past seven games.

The Cowgirls hit 35 percent overall while Texas converted on nearly half its shots. Most of the Longhorns’ points came on the inside, as they outscored the Cowgirls 46-28 in the paint.

The Cowgirls held a 24-8 edge in free-throw attempts, but it wasn’t nearly enough since they made just 67 percent from the line.

Texas led 21-20 after a quarter, but the Longhorns outscored the Cowgirls 34-21 in the middle two quarters to take control. Oklahoma State managed just 10 points in the second quarter. The Longhorns built their lead up to as many as 21 points late in the fourth quarter.

It was a rough week for Oklahoma State. The Cowgirls lost to No. 3 Baylor 87-45 Tuesday night.

The Longhorns will have their second chance at Baylor on Monday. They’ll try to avenge the 81-56 loss on Jan. 25. It was the last loss for the Longhorns before winning the seven straight games.