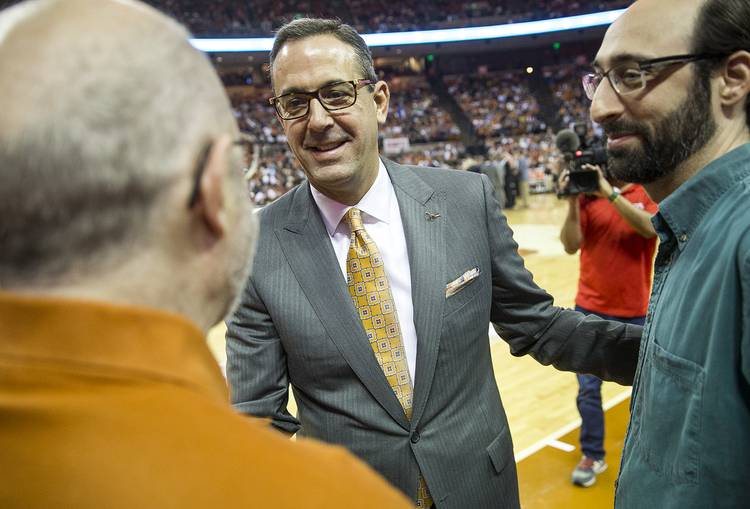 Next week, the salaries for Texas’ athletics director and two of the football program’s assistant coaches are set to be approved by the UT System Board of Regents.

The regents will meet next week and the approval of contracts for Chris Del Conte, Todd Orlando and Herb Hand are among the items on the agenda. The agenda has been posted online.

Read more: Longhorns AD Chris Del Conte: ‘Texas needs to get back to being Texas — period’

Del Conte will be in line to make $1,200,000 for each remaining year of the contract if he is fired without cause.

Hand is set to make $640,000 annually if the board of regents approves his three-year contract. Hand was hired away from Auburn in January to be UT’s co-offensive coordinator and offensive line coach.