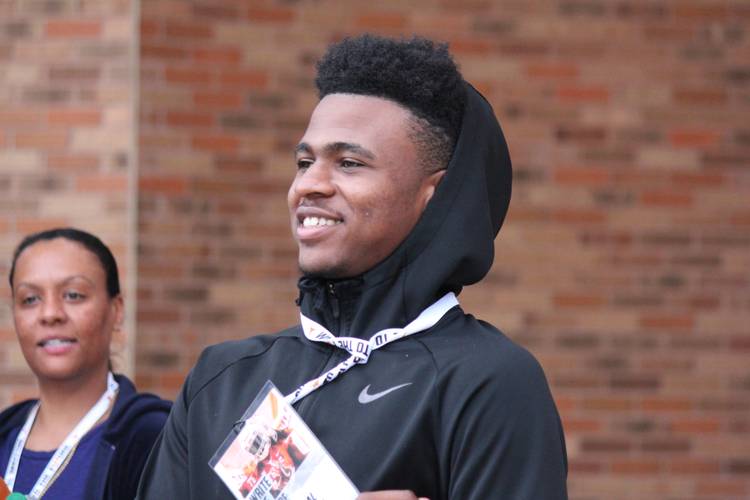 Four-star safety Jamal Morris joined his teammate and fellow Texas target Erick Young on a visit to Texas for junior day on Sunday, a day after visiting Norman for an Oklahoma junior day. This is the life for modern recruits. All the top schools recruit from the same crop and it is up to the individual coaching staffs to make a lasting impression.

“I loved the trip,” Morris said Sunday. “I didn’t expect all the love and support the coaches showed me and Erick. I really appreciated how they hosted us and how things run at Texas. Both (Texas and Oklahoma) visits were great. The Texas coaches knew I was in Norman yesterday so they were cracking jokes.”

Morris understands the importance of the Red River Rivalry, noting Texas has a wall dedicated to the game in the facilities. Oklahoma and Texas are just two of the schools chasing the 6-2 safety from Fort Bend Bush. Morris holds 14 offers, including LSU, Georgia and Baylor.

The Longhorns signed a talented group of defensive backs in 2018. Texas ended the cycle with the best three safeties and cornerbacks in the cycle. Morris and Young want to attend the same school and both project as safeties in college.

“There will be competition at any of the schools I pick from because talent is always at the best schools,” Morris said. “I don’t shy away from competition. Texas statistically is DBU and I talked to coach (Craig) Naivar about how many defensive backs they play and about the rotation. It won’t be a factor.”

Morris built a relationship with Naivar when Texas’ safeties coach was at Houston with Tom Herman. The Longhorns will lean on that relationship in pursuit of Morris because landing Morris means Texas more likely would also land Young. Both are on the 2019 Fabulous 55.

“Coach Naivar and I go back a long time. That’s my guy and he didn’t stop recruiting me once he got to Texas and that showed me how loyal he is,” Morris said. “He keeps it real.”

Morris listed LSU, Oklahoma and Texas as his top three schools. He plans to commit in the summer and take his official visits in the spring.

Three-star running back Darwin Barlow exploded onto the national recruiting scene as a junior. He helped lead Newton to a Class 3A Division II title and a 15-0 record. The 5-11, 195-pound prospect rushed for 2,246 yards and 38 touchdowns, adding four as a receiver.

“It was amazing. It’d be great to eventually get an offer from Texas,” Barlow said. “This is one of the premier programs in the nation and I was honored to get a behind-the-scenes look at what goes on and to talk to the coaches about scheme and different roles. I think I offer versatility. I can handle a big workload as a rusher and play some slot.”

Barlow recently picked up an offer from Texas Tech, moving his total to 12 offers. He was the co-MVP of his district as a junior and a second-team all-district selection as a sophomore. Barlow has already amassed 3,354 yards and 51 touchdowns in his two-year varsity career.

Newton is home to multiple top 2019 and 2020 targets, including 4-star wide receiver Tamauzia Brown. Neither currently holds a UT offer, but Barlow noted that the Texas staff will come through Newton to evaluate him further in the spring.

The Longhorns are expected to take five defensive linemen in the 2019 recruiting class. One of the spots is designated for Converse Judson 4-star DeMarvin Leal, who is the top-rated defensive lineman in the class. If Texas wants another defensive tackle with the ability to play inside or at end, Allen defensive tackle Jayden Jernigan could emerge as a candidate.

The 6-1, 280-pound prospect is a 3-star who already holds offers from programs like Oregon, Oklahoma State and Texas Tech. The Longhorns have already offered teammates Theo Wease Jr. and EJ Ndoma-Ogar in the cycle. Leal is the only in-state defensive tackle to currently hold an offer from Texas.

Jernigan was one of a dozen potential defensive line targets to roll through Austin last weekend for junior days. Jernigan anchored a Class 6A Division I state championship defense, earning first-team all-district honors. He was District 6-6A’s newcomer of the year as a sophomore.

“It was a great visit. Texas is an impressive school and I love the coaching staff,” Jernigan said. “I want to go somewhere with a culture ready to win. We have that at Allen. The coaching staff was impressive at Texas and you can tell there is a vision here.”

Texas views Jernigan as more than a potential nose guard.

“The staff said I have good athleticism for my size and could be used as a four-technique or inside,” he said. “I like the idea of moving around and not always being over the center or guard.”