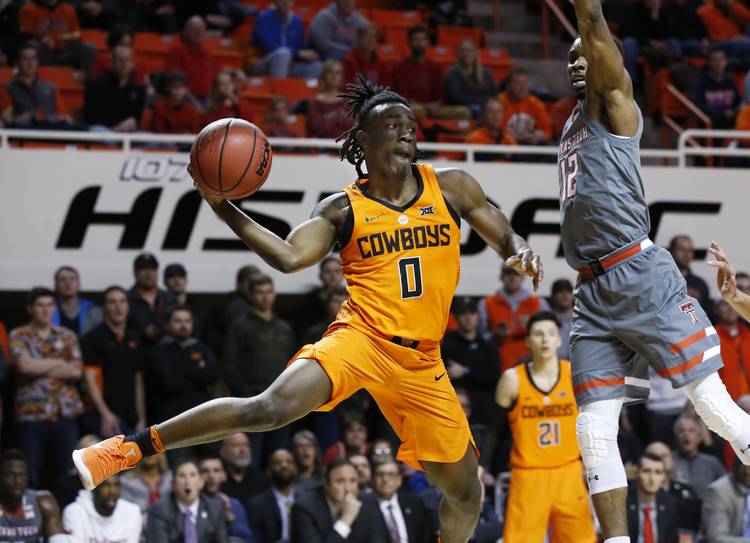 From an NCAA Tournament perspective, Saturday feels like a make-or-break moment for both Texas and Oklahoma State.

The Longhorns and Cowboys have matching 16-12 overall records and a 6-9 mark in Big 12 play. Neither team will guarantee themselves a spot with a win, and neither is totally eliminated with a loss. But perception is everything these days. The NCAA selection committee won’t give much sympathy to teams four games under .500, even in the wild and woolly Big 12.

“We’ve got to put everything we have into winning our next game,” Texas coach Shaka Smart said after Wednesday’s loss to Kansas State. “Again, that was going to be the case anyway. But when you lose a game like we lost (Wednesday), the urgency couldn’t be any higher.”

In Texas’ case, knocking off Oklahoma State is critical. UT closes out the regular season against eighth-ranked Kansas on Monday and 21st-ranked West Virginia next weekend. The Horns are likely to be underdogs in both.

Some coaches feel this could be a year where a team with a 7-11 league mark gets into the NCAAs. That’s unclear. It would probably depend on who else wins and loses in the final week and what the Big 12’s final standings look like.

“We just have to take it one game at a time. Just go out there and try to go 1-0,” guard Kerwin Roach II said. “We’ve just got to do our part, come with it Saturday and be ready to play.”

The Longhorns played suffocating defense against the Wildcats, who missed 10 3-pointers and managed 58 points. That’s one of their lower totals of the season. But the Horns simply didn’t do enough on the other end and lost by 10.

The Horns missed 16 of 18 3-point shots overall and made only six of 32 shot attempts in the second half. Even for a team with lowered offensive expectations, it was dreadful.

“It’s tough to win that way,” Smart said. “As much toughness and grit as we showed at times during this game defensively, we didn’t have that same toughness on the offensive end.”

As if Texas didn’t have enough to worry about, the school was implicated in a Yahoo Sports report on Friday that’s tied to the ongoing FBI investigation into college basketball. The report claimed junior guard Eric Davis Jr. received $1,500 from ASM Sports, led by Andy Miller.

Davis will not play against Oklahoma State, the school announced Friday. It’s also unlikely he plays against Kansas on Monday. He’s averaging 8.8 points per game this season. He typically starts the game on the bench but checks in after 3-4 minutes.

Former Texas big man Prince Ibeh also met with the agency and had a lunch costing $37.35, documents show. Ibeh played for UT from 2013-16. Both Ibeh and Davis were recruited by former coach Rick Barnes, who claimed Friday that any violations happened after he left Austin.

Smart issued a statement that said he was “working with our athletic department staff and am prepared to cooperate fully with the investigation into this matter.”