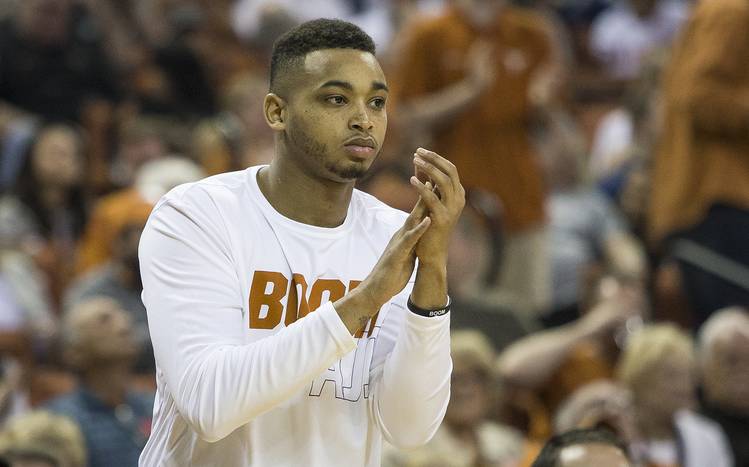 The Yahoo report published Friday claimed that Davis received $1,500 from Christian Dawkins, an associate for sports agent Andy Miller of ASM Sports. Davis, a junior from Saginaw, Mich., the same town as Dawkins, was held out of Saturday’s victory over Oklahoma State while UT officials look into the matter.

At this point, it’s unclear whether will Davis will play again this season for the Longhorns. The 6-foot-3 guard was averaging 8.8 points per game. UT’s next game is Monday at Kansas.

“I can’t tell you much more than I said in the statement” issued Friday, Smart said after Saturday’s game. “It will be thoroughly looked into by the University of Texas. That’s about all I can say right now.

“I know certain schools haven’t held their guys out. That right now is an institution decision. Our job is to continue to support Eric, though, as he goes through this process and then figure out what happened and move forward.”

Smart acknowledged that the school has begun working with the NCAA to reach a final decision. However, that could take time.

“I believe our compliance officer, Lori Hammond, has reached out to them and said, ‘Hey, how do you handle this?’ I believe she was told, ‘It’s up to you,’ ” Smart said. “I mean, this is a challenging situation for the NCAA. They’re in a tough spot.”

Davis was one of several players mentioned in the Yahoo report, which touched on 20 Division I school and 25 current and former players. Federal authorities have been looking into college basketball recruiting methods for several years, and nine people are facing criminal charges.

The growing scandal hit Arizona on Saturday as coach Sean Miller announced he would not coach this weekend. An ESPN report alleged that federal agents intercepted phone calls between Miller and Dawkins discussing a payment of $100,000 to a recruit.

Davis wore black sweatpants while sitting on the UT bench during the Oklahoma State game supporting his teammates.

“It’s not really a distraction for us,” guard Kerwin Roach II said. “We have bigger things, like a person who had cancer on our team go out. He’s still with us, still encouraging us. He was with us practicing (Friday). So he’s still with us.”