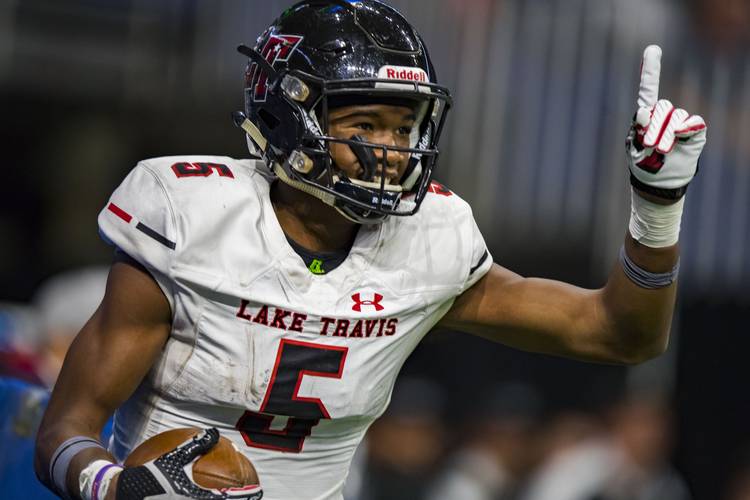 The Longhorns are hoping to load up on wide receivers in the 2019 class because it’s a great year for the position in the state. The 2019 cycle is the year of the wide receiver and that is illustrated by the Fabulous 55. Jordan Whittington, a 5-star receiver from Cuero, is the No. 1-ranked player in the state. And four of the top seven players on our list play wide receiver.

Texas won’t need to go far to find top targets. The Austin area is home to a pair of the best prospects in the state in Lake Travis’ Garrett Wilson and Bowie’s Elijah Higgins. Texas offered both early in the process and are in the lead to land both, albeit with a long time to go until signing day. Texas signed three receivers in the 2018 cycle and would like to repeat that success in 2019.

Tom Herman needs an influx in talent at the position in this cycle because a majority of the current UT receivers will be out of eligibility by the time these players would reach campus. The Longhorns will have lost targets like Collin Johnson, Jerrod Heard and Lil’Jordan Humphrey before the 2019 season.

It’s an important cycle for Texas at receiver because of the amount of talent on the board and the need to bring in players to immediately replace production in 2019. Texas signed a trio of 4-star in-state prospects in 2018 in Brennan Eagles, Joshua Moore and Al’vonte Woodard. Eagles enrolled early and will participate in spring drills.

The perfect cycle for Texas at the wide receiver position would include the in-state trio of Whittington, Wilson and Higgins. Whittington is the best player in the state, excelling at multiple positions at Cuero. He’s spent time at quarterback, running back, wide receiver and on defense. Some believe his biggest upside is at safety.

Whittington wants to play offense as a hybrid player who can excel in the slot, out wide and in the backfield. He’s set to announce his college decision on March 10.

Wilson and Higgins are important because of their proximity to UT. The Longhorns can’t lose elite talent from their own backyard and Wilson is the best receiver prospect from the Austin area since Zay Jones played at Austin High. Higgins is a big-bodied receiver with excellent body control, soft hands and a good understanding of route running.

Tongue is an interesting prospect because he might project best at outside linebacker. He’s a big, physical receiver at 6-foot-2 and 210 pounds. He’s listed as an athlete by most recruiting services. Texas signed one Louisiana native in 2018 in defensive end Mike Williams.

Texas must hit on its top wide receiver targets to compile a successful 2019 class. The state is too loaded with talent not to sign three or four elite-level recruits who can make an instant impact as freshmen. Whittington is the top player in the state and has been considered a Texas lean for months. Wilson and Higgins are minutes away from campus despite neither actually being Texas natives.

The Longhorns can take a strong step if they can lock up Whittington when he announces on March 10. Texas won’t stop recruiting him even if the 5-star picks another school. While Whittington might be the higher-rated prospect, Wilson is the biggest priority of the class because of the optics. Texas simply can’t lose that quality of player out of Austin to a rival school.

Higgins is another high priority for Texas because of his combination of size and speed. The Longhorns want to incorporate mismatches on offense, and while Higgins isn’t a tight end, he is a player who could excel as an H-back or flexed out near the line of scrimmage.

Plan A is Whittington, Higgins, Wilson and another game-changing prospect.

Players: This year’s Texas team entering postseason in a much better place than last year

In or out? Texas’ faint NCAA Tournament hopes ride on beating No. 20 West Virginia