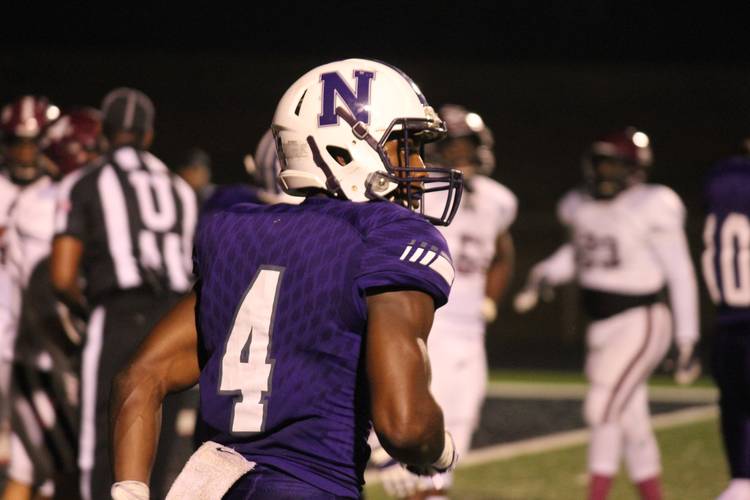 Newton running back and Fabulous 55 member Darwin Barlow as a junior. (Mike Craven)

Analysis: Lufkin is loaded in the 2019 class and Williams is one of the top prospects from the East Texas powerhouse because of his size and athleticism. Williams moves well for a 300-pound teenager and his long arms give him an advantage as a rusher against most interior linemen. He can play defensive tackle or nose guard. He was a first-team all-district selection as a junior and holds 10 offers.

Analysis: Roberson is a mountain, a virtual giant at 6-11 who intrigues colleges because of his upside. He doesn’t face the best competition in the state at the Class 2A Division II level, the smallest 11-man division in Texas. It’s hard to argue with his potential, however, strictly due to his sheer size and power. Roberson’s biggest issue is staying low as a run blocker because of his frame. He’s an excellent pass rusher because it is nearly impossible to get within his wingspan.

Analysis:  Jernigan is a defensive tackle with state championship pedigree after Allen claimed a Class 6A title in 2017. Jernigan was the anchor of that defense. He’s big enough to handle double teams at the point of attack as a tackle or move to the three-technique and create havoc in the backfield. He visited Texas for junior day and the Longhorns even mentioned the possibility of him playing defensive end in an odd-man front.

No. 52: Darwin Barlow, running back, Newton

Analysis: Barlow made a name for himself during the 2017 season, leading Newton to a state championship with his legs. He rushed for 2,246 yards and 38 touchdowns as a junior, adding 189 yards and four touchdowns as a receiver. Barlow posted a 1,000-yard season as a sophomore. He made a trip to Texas for junior day and is hoping for an offer if the Longhorns miss on their top running back targets.

Analysis: Orji is a fast-moving, hard-hitting safety with the frame to play outside linebacker in college. As of now, he’s a top safety prospect with eight offers. The assumption with Orji is that he’ll join his older brother Alston at Vanderbilt. Alston, a former Fab 55 member in his own right, signed as a linebacker with the SEC program in the early signing period. Anfernee possesses more upside than his brother because of his speed and position versatility.