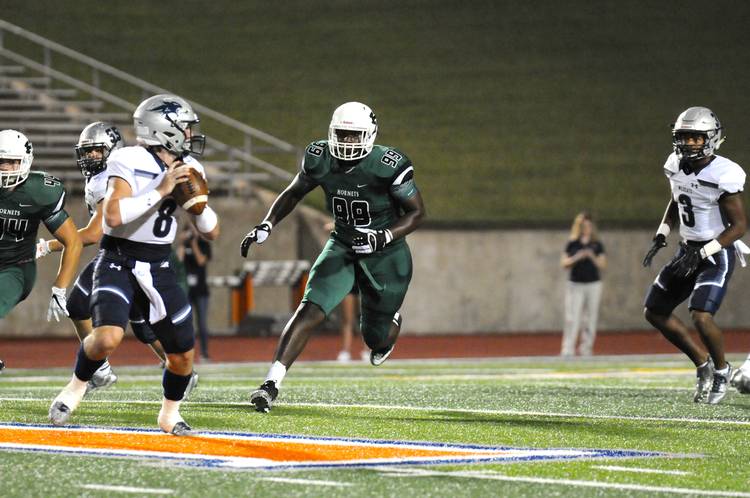 Analysis: Gardner is a fast, electric athlete who can make defenders miss in small spaces. He holds 11 offers, with Texas Tech and Colorado currently in the lead. Gardner can play all over the field. He’s a big-play running back and a dynamic slot receiver. He spends most of his time at Skyline playing running back, but he’ll need to move to slot to become an every-down player. Gardner also is instant help as a returner.

Analysis: Wright is a physical freak at receiver. He’s a big-bodied player with speed and that 6-3 frame helped him pick up nearly 40 offers. The West Mesquite product will likely move up after the spring evaluation period. He caught 32 passes for 545 yards and seven touchdowns as a junior. Programs are betting on his upside. Wright has great hands and an unteachable frame. He must improve his technique and refine his route-running ability.

Analysis: Wolfe is a long, lean cornerback from the same school that produced Vince Young. He picked Texas A&M early in the process after a junior day. He isn’t considering Texas because of the big defensive backs class that Texas signed in 2018. LSU is still a player in the recruitment of Wolfe, who was recently a standout at The Opening regional in Houston. Wolfe has the height of a safety but showed the ability to stick with elite wide receivers in 1-on-1 situations. He’s a physical cornerback.

Analysis: Roberson didn’t see much of the field as a sophomore. That changed last fall when he became one of the top defensive forces for a program that reached a Class 5A state championship game. Roberson was a first-team all-district selection and made a name during Manvel’s playoff run. He finished the season with 47 tackles, including seven for loss and 5.5 sacks. He also knocked down seven passes. Manvel is usually a pipeline school for Texas A&M, but the big-bodied defensive end chose Oklahoma early in the process.

Analysis: The big defensive end from East Texas chose the Longhorns in February, becoming Texas’ second commitment of the 2019 class. Sweat is a large end who will play the 4i position currently manned by Charles Omenihu and Malcolm Roach. He’s athletic enough to get to the quarterback and big enough to take on double-teams against the run. Sweat is a year younger than most people in his grade, giving him even more room to grow at the college level.

Taking nothing for granted, Longhorns can’t look past Cyclones at Big 12 tournament