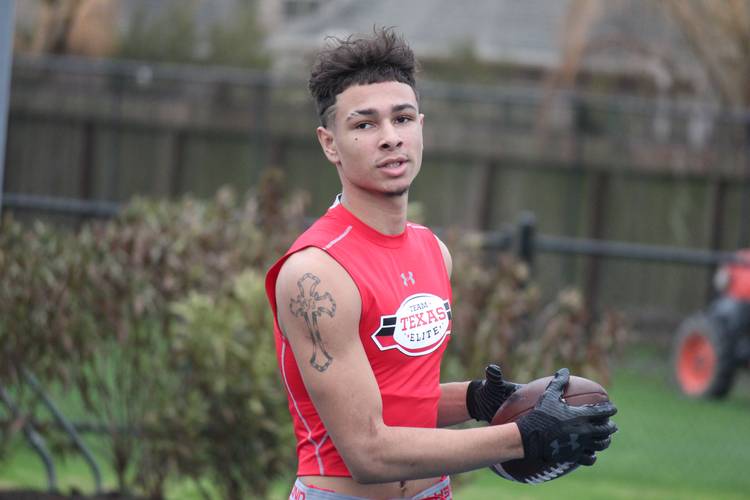 Analysis: Hankins is the best running back to come out of El Paso since former UTEP star Aaron Jones. He’s a prolific rusher with incredible prep stats. Hankins rushed for more than 2,000 yards as a junior and a sophomore. In his three-year varsity career, he’s rushed for 5,224 yards and 51 touchdowns. He’s added 399 yards and two touchdowns as a receiver. Hankins is a one-cut rusher with a great combination of size and athleticism.

Analysis: Bridges chose Oklahoma early in his junior season. The dynamic receiver is a two-time all-district selection. He’s caught at least 50 passes in each of the past two seasons. He recorded 843 yards and 13 touchdowns on 62 receptions as a junior. Bridges is a vertical threat and a player who makes defenders miss after the catch. He can play outside or in the slot. He’s a consistent pass catcher and runs solid routes.

After a great talk with @CoachTomHerman I’m blessed and honored to announce I have received an offer from The University of Texas #fUTure19 #Hookem pic.twitter.com/baQtPU0FMe

Analysis: Gbenda moved into recruiting prominence with a strong performance at The Opening regional in Houston in late February. Offers from programs like Texas, Texas A&M and TCU followed. Gbenda recorded eight tackles for loss and two sacks as a junior. He’s a big-bodied inside linebacker who can run sideline-to-sideline and doesn’t look uncomfortable in coverage. His main strength is stopping the run inside the tackle box and taking on blocks.

Analysis: Swen is a bruising back who made his name as a sophomore when he was named 6-5A’s offensive newcomer of the year. That year, he rushed for 1,272 yards and 17 touchdowns, adding 449 receiving yards and three touchdown catches. He improved those numbers his junior year, finishing with 1,814 yards and 22 rushing touchdowns. Swen continued to show his ability to catch out of the backfield, recording 28 receptions for 464 yards and five touchdowns.

Austin has been amazing so far! #Hookem🤘🏼 pic.twitter.com/MicIRsBNNI

Analysis: Bragg is a bulldozer at center. It’s rare to find true center prospects at the prep level and Bragg is the best from Texas in a few cycles. He’s a strong, physical lineman with a cerebral presence. He’s a smart student, hence the Stanford offer. His size, athleticism, experience at the position and smarts make him college-ready. Bragg won’t struggle picking up the mental side of the college game and he’s plenty big enough to handle nose tackles.