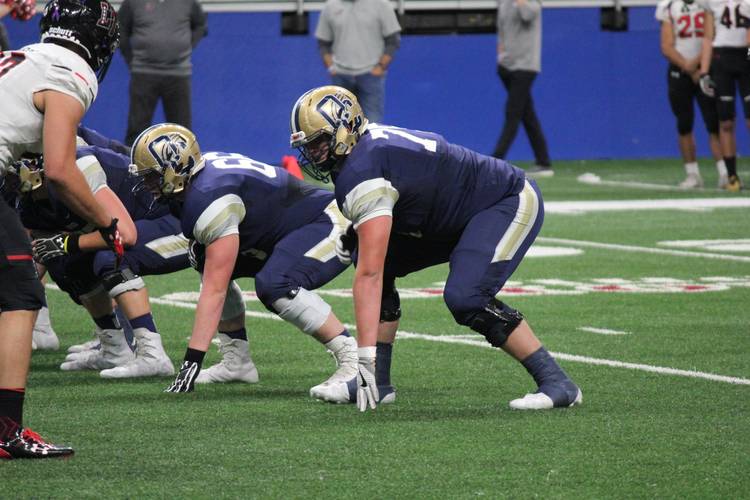 Analysis: Newton, a small Class 3A program near the Louisiana border in East Texas, is home to big-time talent. The program won a state title in 2017 thanks to players like Brown, who was named the District 10-3A MVP for the second consecutive season. Brown excels on both sides of the ball in high school, thriving as a big-play wide receiver and a lock-down cornerback. He has upside at both positions in college and could even play safety. However, it’s likely Brown ends up on the offensive side of the ball because of his playmaking ability.

Analysis: Size doesn’t matter for McGill, who is two inches from being a 4-star prospect and holds offers from every major program in the country. I don’t believe his height is a hindrance because he plays bigger. McGill is a swiss-army knife defender who can play safety, cornerback and in the slot. He’s also a great student and a true defensive leader. Stanford is the early leader for him. He recorded 80 tackles, two sacks, 10 pass breakups and an interception while adding nearly 1,000 yards of offense as a receiver and running back.

Analysis: Spiller committed to Oklahoma toward the end of his junior season as he led Klein Collins on a deep playoff run. The son of former Texas A&M tight end Fred Spiller, Isaiah built his own reputation with a strong junior season. He went from second-team all-district as a sophomore to the District 15-6A offensive MVP as a junior after posting 1,284 yards and 23 touchdowns as a rusher. He added 313 yards and four touchdowns on 15 receptions. Spiller is a strong runner with big-play ability. He’s also a third-down specialist because of his ability to catch like a wide receiver.

Analysis: Tisdale took the starting spot at Allen as a junior and lived up to the hype surrounding him during his junior varsity days. He led Allen to another state title in his first year as a starter, racking up 2,100 yards and 30 touchdowns through the air compared to just three interceptions. He added 1,090 yards and 15 touchdowns on the ground, proving his dual-threat capabilities. Tisdale throws an effortless deep ball and can hurt defenses with his feet. He’s helped by playing at the largest high school in the state.

Analysis: Brown is a grinder who prefers to play in the interior of the offensive line rather than at tackle, where he’s spent some time at the prep level. He’s a college guard and recently pledged to TCU. Brown possesses excellent size and athleticism for an interior prospect and could play offensive tackle at TCU in a pinch. He’ll excel as a left guard who can block against the run and the pass. He needs a year to redshirt and transform his body into muscle, but he’s an excellent player and that is rare at the guard position in high school.