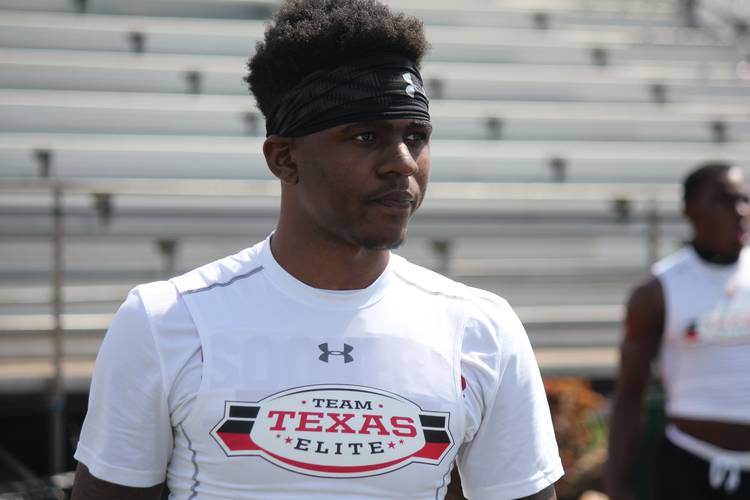 Nearly a dozen Fabulous 55 members were among the prospects on display Saturday and Sunday at Bishop Lynch High School for the Elite32 7-on-7 Tournament. These events are showcases for the skill-position players with Texas targets like Jamal Morris and Zachary Evans on display on Team Texas Elite from Houston.

Morris, a 4-star safety from Fort Bend Bush, recently named Texas in his top three along with Oklahoma and LSU. The Longhorns are in the mix because of his long-standing relationship with Texas assistant coach Craig Naivar, who has recruited Morris since his freshman season when Naivar was at Houston.

“Life is easier now that I can narrow it down and focus on just three schools instead of all of my 20 offers,” said Morris on Saturday. “I can kind of sit back, relax with my family and make a decision.”

Morris listed “opportunity” and “loyalty” among the traits he’s looking for in a school and felt like his trio of finalists provided that throughout the process. He plans on making official visits to all three schools in the spring before deciding in the summer. Of course, that can always change.

“I’m looking for the right fit and if it feels right, then I’ll go ahead and finish the process,” Morris said. “I don’t want to commit before I know for sure.”

Morris is teammates and close friends with Erick Young, a 4-star defender with offers from Texas, Oklahoma and many other top programs. The duo aren’t exactly a package deal, but it is talked about between the two defensive backs.

“We joke about it and it’d be great if it happens, but we each need to make our own decision and go through the process,” Morris said. “We don’t have to go to the same school and the best opportunity for him might not be the best for me and the other way around.”

Evans is a candidate for the No. 1 spot on the 2020 Fabulous 55. He’s spent a lot of time in Austin and included the Longhorns in his top four alongside Oklahoma, Alabama and Georgia. The 5-star from Galena Park North Shore wants to visit LSU in the summer and said Saturday he is planning on waiting to decide on national signing day, which is more than 20 months away.

“I think I want to ride it out in terms of when I’ll decide. There is no rush and I may wait until national signing day,” Evans said. “My relationship with coach (Stan) Drayton and it’d being the in-state school make Texas one of my top schools.”

Scheme is important for Evans and he liked the idea of moving around the football field that was presented to him by the Texas coaches during a junior day he attended.

“I can play slot and running back. I think I’m versatile enough to do that and I want to showcase as many skills as possible because that’s how you get to the next level,” Evans said. “I care about scheme and the school I’ll choose will be about how I’m used and the vibe I get from the program.”