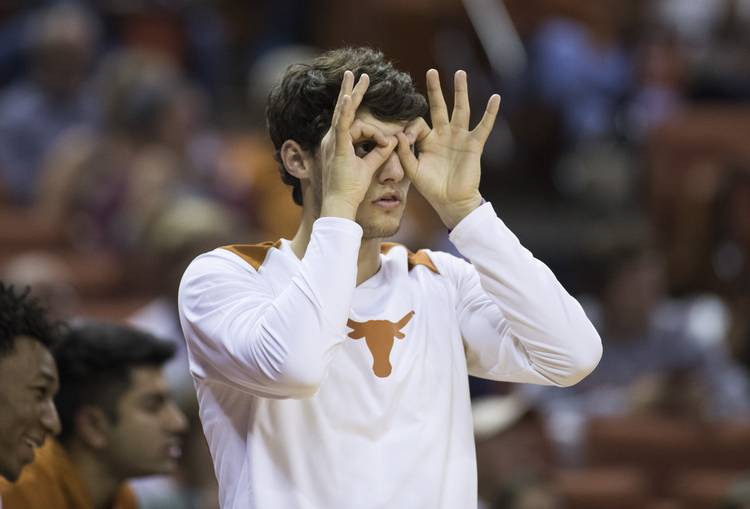 NASHVILLE, Tenn. — Kerwin Roach II is the only player on Texas’ roster who has played in an NCAA Tournament game. He was on the floor when Northern Iowa’s Paul Jespersen hit a half-court shot to beat Texas in the first round two years ago.

“Man, it was a heart-breaker,” the junior guard recalled Thursday.

Two senior walk-ons have more NCAA experience than the rest of the team combined. Walk-on seniors Ryan McClurg and Joe Schwartz were there in Pittsburgh when Butler dismantled UT in what became coach Rick Barnes’ last game. They were both in Oklahoma City when Jespersen’s prayer was answered.

Schwartz’s mantra to this young Texas team: Embrace the moment against seventh-seeded Nevada (27-7) at Bridgestone Arena.

“Be excited to be here,” Schwartz said. “That’s one thing I’ve been trying to preach. Be happy. You should never not have a smile on your face while you’re here. We’re one of the 64 teams left. It’s a dream. it’s what every college basketball player wants to do in March — play in the ‘Big Dance.’”

Praise from the AD: Texas athletic director Chris Del Conte said in January that coach Shaka Smart was the “right coach to lead our program.” After watching the season unfold, Del Conte’s opinion of Smart has only grown stronger, it seems.

Del Conte spoke of Smart’s similarities to the late Augie Garrido and praised the basketball coach’s approach to life. “Shaka’s doing it differently, but he’s a great coach,” Del Conte said. “He team believes in him. … If they didn’t, they would have popped the tent and we wouldn’t be here right now.”

AJ1: Texas players have stayed in touch with guard Andrew Jones via FaceTime. They held up their cellphones on Selection Sunday so Jones could see his teammates’ reaction to being included in the field of 68. Players were on FaceTime again when the team arrived in Nashville.

“He’s coming back,” guard Jacob Young said. “I can see him getting his strength back and coming back. That’s all we’ve been preaching to him. It’s going to be a hell of a story. He’s a fighter and won’t give up.”

Jones, who was diagnosed with leukemia in January, is now out of a Houston-area hospital and receiving outpatient treatment.

“It’s been three or four months, and I see him running now. It’s crazy,” Young said. “I think he’ll be back at the end of the summer the way he’s progressing. I’m loving it.”

Martin said the Wolf Pack are aware of Roach. But Nevada coaches have stressed guarding 6-9 forward Dylan Osetkowski. “He’s one of the players who can change the entire momentum of their game,” Martin said.

Texas History: 15 years ago, Texas went to the Final Four