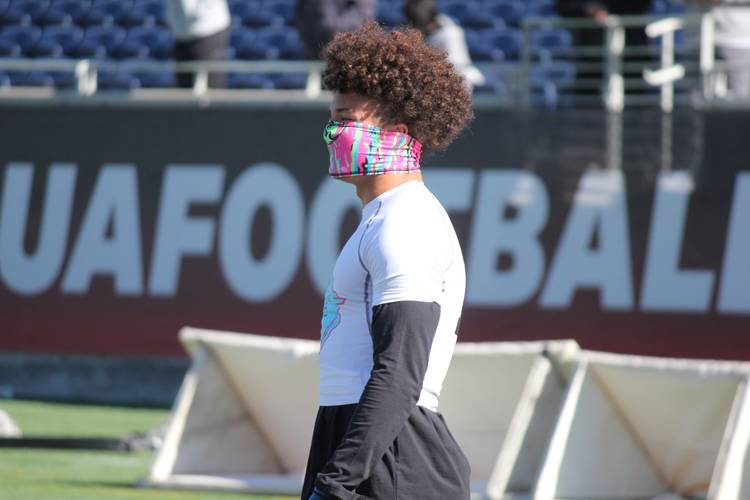 Texas ran the state in the 2018 recruiting class. Early returns show it won’t be as easy for the Longhorns and Tom Herman to experience the same success in 2019, but the early commitment of the state’s top player, Jordan Whittington, provided Texas with a jolt.

The 5-star wide receiver is the No. 1 player on the Fabulous 55. He’s a do-it-all athlete for Cuero but will focus on wide receiver and the return game as a collegiate. Whittington is the two-time District 15-4A MVP. He was a first-team all-district selection on offense and defense as a freshman. As a junior, he caught 73 passes for 1,457 yards and 16 touchdowns, adding 227 yards and five touchdowns as a rusher. He also returned an interception and a punt for a touchdown.

Whittington chose the Longhorns over Texas A&M, UCLA and Florida on March 10. He joined 4-star dual-threat quarterback Roschon Johnson and 3-star defensive end T’Vondre Sweat in Texas’ class. Whittington is the highest-ranked of the three, checking in at No. 29 in the nation, per the 247Sports composite. All three are on the initial 2019 Fab 55.

I recently talked to the future Longhorn.

Around seventh grade I realized that I can actually do something special and use football to make me a better individual.

Ultimately, my heart decided for me. (Texas) was just different than any other feeling.

I want to win state, become a better leader and get my body and mind ready for college.

I can relate to him, and I know he knows what he’s doing.

Tom Herman on Texas’ locker room harmony: ‘We’ve got guys that want to be here’