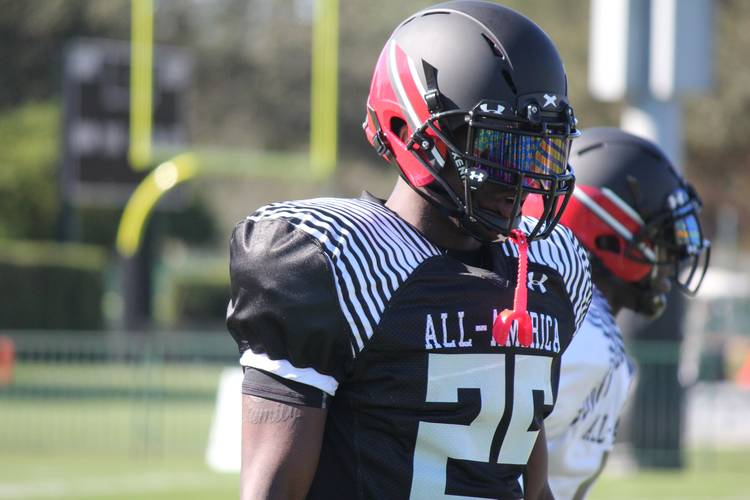 The new kids on the block

Spring football is here and the Longhorns are welcoming nine new members to the team as practice kicks off. Texas signed the third best class in the nation and the top class in the Big 12 for the 2018 recruiting cycle. Four offensive signees and four defensive signees, plus a punter, are already on campus and ready to compete for snaps in the spring.

The quarterback room is finally full thanks to the addition of out-of-state quarterbacks Cameron Rising and Casey Thompson. Tom Herman had only two scholarship quarterbacks to work with in his first spring, and a full room only allows for more competition for the starting spot.

It also allows for more quality reps for everyone on the team because there are four capable quarterbacks now to throw passes to developing receivers and give the defense a real look.

The biggest offensive addition was Rice grad transfer Calvin Anderson, who is expected to take the left tackle spot in the fall after he arrives on campus in the summer. Anderson is a senior with a great reputation as a pass blocker. That’s good news for Mikey Grandy, the only JUCO player to sign with Texas in 2018. He no longer is expected to start at left tackle, and that should allow him to move to a more natural position of guard or right tackle.

Brennan Eagles, a 4-star wide receiver with length and speed, also is on campus to help the defenses. Wide receivers tend to struggle as true freshmen because of their new responsibilities in the running game plus the complex nature of combination routes. An early start will help Eagles, who is already physically ready to compete at the college level.

The defense added instant help in the secondary with players like Caden Sterns, BJ Foster and Anthony Cook. All three were considered for the designation of being the state’s top player. Foster ended the 2018 cycle as the top player on the Fabulous 55 after a strong outing at the Under Armour All-America Game in Orlando. He played mostly running back in  high school but brings natural athleticism and pop to the safety position.

Sterns is a premier safety who earned 5-star status before national signing day. He can help Texas with depth at the cornerback and safety position. He’s always around the ball and plays large on big stages. He’s played in a state title game and earned defensive MVP honors at the U.S. Army All-American Bowl in San Antonio a week before enrolling at Texas.

Cook announced his decision to Texas on ESPN during the early signing period. He was one of three Houston Lamar prospects to sign with the Longhorns, but the only one to enroll early. Cook chose Texas over Ohio State and LSU. He’ll immediately work to fill the void left by Holton Hill, a fellow Houston Lamar product.

Inside linebacker Ayodele Adeoye is also on campus and hoping to fill a void left by Malik Jefferson’s early departure. Adeoye believed in the vision of defensive coordinator Todd Orlando and was impressed as a senior when he watched the development of Jefferson and the emergence of Gary Johnson. Adeoye is expected to compete for a spot on the two-deep at both inside linebacker positions.

The ninth early enrollee is punter Ryan Bujcevski. A cousin of former Longhorns great Michael Dickson and a product of ProKick Australia, he’ll be expected to replace the right shoe of one of the best punters in school history.