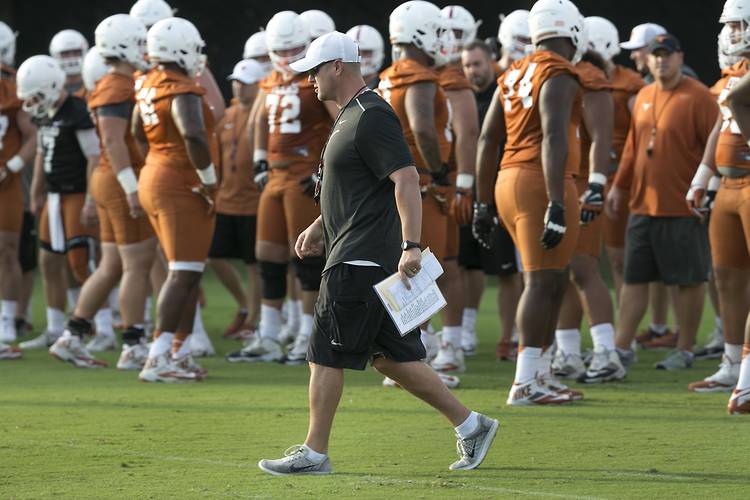 So, what are recruits really looking for?

There is a right way and a wrong way to recruit; at least that’s what the prospects say.

Not every approach is created equal and not every coaching staff is effective at connecting with teenagers in modern-day recruiting. The biggest mistake made appears to be only concentrating on football. These are kids, and relationships matter.

“The hardest and most frustrating part of recruiting is trying to figure out who cares about you and who only cares about the program,” said Round Rock Cedar Ridge wide receiver and Baylor commit Jaylen Ellis. “Will a coach care about me if we’re not winning? Can I count on the coaching staff outside of football stuff? That is what I worry about.”

Recruits care about relationships, playing time and vibe. That is the new trinity of football recruiting. If a prospect feels at home, thinks he can play early and likes the feel of a program, chances are that team is going to win the race, especially if mom is on the same page.

Texas and Tom Herman used this strategy to perfection in the 2018 class.

The group ranked No. 3 in the nation and first in the Big 12. Most of the recruits pointed to the bonds built between the coaches and their families as turning points. Even the moms got in on the action and became Twitter stars while bringing attention to the process and often overlooked fact that football players are young people. These aren’t robots plugged into a video game. They’re young men about to leave home for the first time.

“It mattered to me where my son was going because those coaches are going to be in charge of my son for the next four to five years,” said Natalia Vaughns, mother of 2018 UT signee Byron Hobbs. “That’s a big responsibility for them to take on and it only makes sense to try and get to know the coaches as much as possible. A school needs to recruit the family as much as the player.”

Texas holds three commitments in the 2019 class and each has spoken about the family atmosphere under Herman. It isn’t just about football, and that’s the right strategy in 2018 with the advent of social media and new texting rules that allow coaches and recruits to communicate more than ever before.

“Texas made me feel at home from my first visit,” said 3-star defensive end commit T’Vondre Sweat of Huntsville. “It felt real when I visited and I didn’t get that feeling at other places.”

To put it simply: These guys want to be treated like humans instead of assets. It’s a fair ask.

“We all know the schools want us as players or we wouldn’t have an offer from that school. What we want to know is if the schools care about us outside of football,” said Galena Park North Shore sophomore running back Zachary Evans. “If a coach only asks about football, that’s a good sign that he is only in it for himself. I want a coach who cares about me and what is going on in my life.”