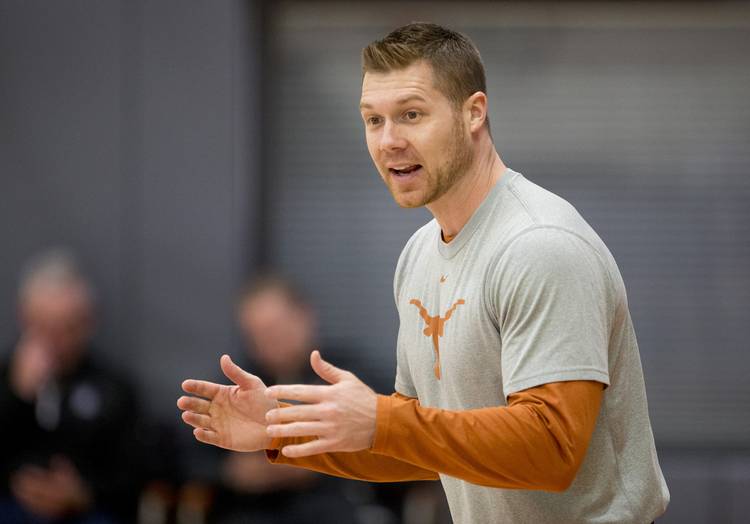 Mike Morrell’s not getting any younger. At 35, he’s logged 13 seasons as an assistant basketball coach. No sense in reaching for any head coaching job. To leave Texas, it had to be the right one.

The opportunity for a Tennessee native to become a head coach close to home was too good to pass up.

“The house that I grew up in is about 51 minutes from there. I looked that up on Google,” Morrell told the American-Statesman on Wednesday. “Obviously that’s not the only reason, but I’m really familiar with that area. I just couldn’t be more excited to be getting my first opportunity to lead a program.

“I just can’t thank coach Smart enough for his support through it,” Morrell added. “Without him, I’m definitely not here (at Texas) and getting this opportunity.”

Morrell grew up in Elizabethton, Tenn., a town in the state’s northeast corner. Asheville is just a short drive south on Interstate 26. Morrell’s journey actually started at King College in Bristol, Tenn., where he was a basketball assistant and the head golf coach. It took him through Clemson, where he spent three seasons under Oliver Purnell, and one year at Charleston Southern.

Smart and Morrell actually worked together during the 2007-08 season at Clemson, when Smart was an assistant coach and Morrell was a graduate assistant. Smart added Morrell to his staff at VCU prior to the 2011-12 season. They’ve been together ever since, going through four years at VCU and three more at Texas.

“I’m extremely happy for Mike,” Smart said in a statement issued by UT. “He is driven, diligent and tremendously hard working. He does a phenomenal job connecting with student-athletes, parents, recruits and supporters. UNC Asheville is getting a terrific head coach!”

Morrell has long been considered one of Smart’s closest advisors. At UT, he helped oversee recruiting and scheduling and served as a sideline firebrand.

The Longhorns produced back-to-back top-10 recruiting classes in 2016 and 2017. Those classes produced Jarrett Allen, a first-round NBA pick, and Mo Bamba, who will likely be a top-five pick this summer. There were some misses, too. Jacob Young and James Banks III were both highly-touted players that came to UT and transferred.

The remainder of the 2017 class, which includes guard Matt Coleman and forward Jericho Sims, and the four newcomers in 2018 will make up the majority of the roster next season.

Morrell, who had a base salary of $228,000 at UT, also made the selfless decision to step back into a secondary coaching role during the 2015-16 season. He became the director of program development so Smart could hire Jai Lucas as a full-time assistant coach. Morrell was promoted back to on-court assistant last season in a staff shakeup.

“I think the one thing is that I just really believe in coach (Smart),” Morrell said. “We’re leaving this place in a good place with Matt, Dylan (Osetkowski) and Jericho. They’re going to be all right.”

At Asheville, Morrell inherits a program that’s enjoyed three straight 20-win seasons under Nick McDevitt. He produced a 98-66 record there over the last five seasons and recently left to take over at Middle Tennessee State.

“This was a highly-coveted position,” UNC-Asheville interim chancellor Joe Urgo said in a statement, “and I feel like we have the individual in place to not only keep us among the best, but also help us reach even new heights over the coming years.”

Latest WNBA draft just might include a Longhorns double-double