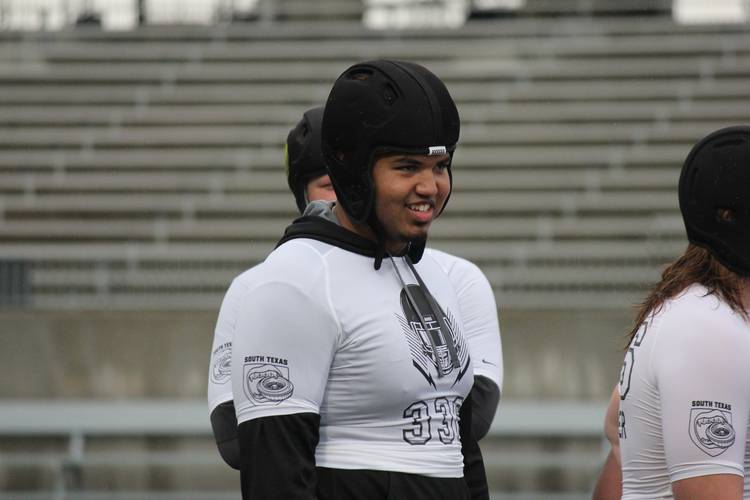 The state of Texas produces hundreds of quality football players each cycle. It’s the most football-rich state, in both talent and passion. Rankings those prospects into a list of 55 is challenging because there is so much talent. Great players are left off the list every year and the initial 2019 Fabulous 55 will be no different. A handful of worthy players are likely missing.

The Under Armour All-America Camp Series rolls through Spring Westfield High School and there are players expected to attend who just missed out on the Fab 55. Strong showings in camps settings and during spring football could mean an introduction to the list once its updated in the summer.

Officially shutting down my recruitment… pic.twitter.com/zeCwoNrqhj

Gordon tends to be overlooked in tight end discussions because he plays private-school football and he’s committed to Northwestern. That hasn’t stopped programs like LSU and Louisville from offering the pass-catching tight end since he announced the Northwestern commitment on Jan. 21. Gordon emerged as a sophomore with 45 catches for 545 yards and three touchdowns. He caught seven touchdowns as a junior. Sunday gives Gordon another chance to prove he can beat elite defensive backs and linebackers in pass drills. On the football field, Gordon needs to continue to improve as a run blocker.

Coker looks like a blue-chip offensive tackle and he’s beginning to show the potential his frame suggests. He’s tested every day at Katy Taylor, a high school quickly becoming known for producing defensive line talent. Texas A&M signed defensive tackle Max Wright in 2018 and holds a commitment from Braedon Mowry in the 2019 class. Coker has practiced against both and he’s improved his technique and body to become a borderline 4-star prospect. Another strong showing in a camp setting like the one at Spring Westfield could give him that push.

Wydermyer is a three-down tight end who is a willing blocker and an excellent pass-catcher in traffic. He uses his big body to shield off defenders and makes up for not having the speed to separate by bullying defensive backs when the ball is in the air. Wydermyer can also set the edge as a blocker, which is rare for a prospect so advanced as a flex-tight end. He caught 30 passes for 518 yards and eight touchdowns as a junior. Wydermyer took an unofficial visit to Georgia last week and visited Texas A&M for the spring game on April 14.

Caldwell is the new-age cornerback who looks like a safety and runs like a wide receiver. He enjoys playing man-to-man coverage and is quickly improving his technique as he gains experience at the position. The Oregon commit is an excellent athlete with make-up speed and the length to give wide receivers issue at the line of scrimmage. Caldwell is still growing as a player and his best football is in front of him. The skills and natural athleticism is enough to make him elite once he becomes a polished prospect.

Wisdom is proving his production on the football field can translate to camp settings against the elite offensive talent in the state. His frame isn’t overly impressive because he doesn’t possess the height or length of some of the 5-star safety prospects, but Wisdom was outstanding at The Opening regional in Houston earlier in the year and should pick up higher-profile offers once more colleges come by Converse Judson in the spring. Wisdom is a two-time first-team all-district selection in a district filled with defensive talent.