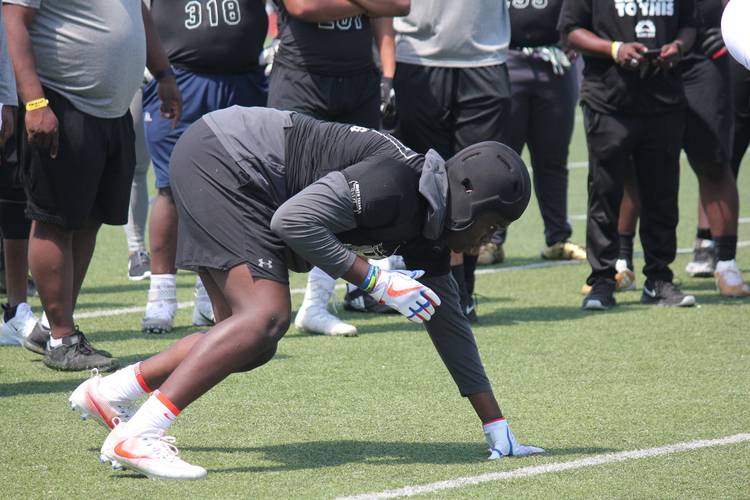 Good news for Texas on Tuesday?

Tom Herman isn’t in panic mode. His program hopes to add its fifth commitment of the 2019 recruiting cycle on Tuesday when four-star defensive back Kenyatta Watson II announces his decision between Texas and Notre Dame. The Longhorns hosted the Grayson, Ga. prospect for an official visit over the weekend that Watson II described as going “very well.”

The 6-2, 187-pound defensive back picked up 40 offers before narrowing his list to Notre Dame and Texas in March. He’s ranked as a safety but was recruited by the Longhorns as a cornerback.

Watson says he’ll play either position in college, depending on what the program he picks needs.

“It’ll come down to where I felt most comfortable and which staff can develop me best as a player,” Watson said Sunday following his visit to Austin. “The Texas visit lived up to expectations. I got to spend time with the players, which was good. And I spent a lot of time with the coaches.”

A gloomy recruiting month for Texas ended Sunday night when five-star wide receiver Garrett Wilson chose Ohio State over the Longhorns. Wilson, a native of Columbus and a current product of Lake Travis High School in Austin, decided to go back home instead of staying home.

The Longhorns hope Watson, and maybe even Pappoe, start a red-hot summer. Texas is in position to pick up a handful of commitments in the month with NaNa Osafo-Mensah announcing on May 19 and upcoming decisions from targets like Tyler Johnson, Marcus Banks and others.

The need for defensive linemen could lead the Longhorns out of state in the 2019 class. One of the top targets is Pickering, a four-star defensive lineman from Seminary, Miss. who recently included the Longhorns in his top 10. A strong performance at The Opening regional at Euless Trinity on Sunday punched his ticket to The Opening Final in Frisco at the end of June.

Texas is one of Pickering’s 21 offers. The 6-5, 270-pound prospect can play defensive end or three-technique defensive tackle. He put his versatility on display Sunday, beating offensive linemen with outside and inside moves. Pickering is the rare prep product who can beat opponents with speed and power.

“I enjoy coach (Oscar) Giles and the scheme at Texas. That staff really allows its defensive linemen to attack and go get the football. It’s hard not to be intrigued by that style of play for a big guy like me,” Pickering laughed. “That’s one of the schools high on my list.”

Pickering took an official visit to Florida on April 6. He’s the No. 4-ranked strong-side defensive end in the country and the No. 49-ranked overall prospect in the class on the 247Sports composite. SEC powers like Alabama, Florida, LSU and home-state favorite Mississippi State are all in the mix.

Offensive line is always a recruiting priority and new offensive line coach Herb Hand wants to sign an elite class of big men during the 2019 cycle. One of the biggest targets, literally and figuratively, is Camden Fairview (Ark.) offensive tackle Stacey Wilkins. The 6-7, 280-pound prospect will take an official visit to Texas this weekend.

“I want to see all Texas has to offer and to connect more with the coaches and players,” Wilkins said. “USC and Arkansas will be my official visits in June. I’m not sure exactly where my other schools will get my other official visits.”

Wilkins is in no rush to pick a school. He said his timeframe is likely during or after his senior season. Texas is making a hard push for the out-of-state four-star.

“They think I can come in and compete for a spot right away,” he said. “My weight will get on me once I get to a school. I want to pick a school that I like every day I wake up. It’s a place I’ll be for four years of my life.”